The First Basic Court in Belgrade rendered a judgment on September 19th, 2015, upon the completion of the repeated proceedings, upholding in part the claims made by Ahmet Kamenica and Selim Nuhanović, two Bosniaks who were detained in Šljivovica and Mitrovo Polje camps in Serbia during 1995 and 1996, and obliged the Republic of Serbia to pay the amount of 800,000 RSD in damages for the psychological pain suffered by them. The Humanitarian Law Center (HLC), which represents Kamenica and Nuhanović in these proceedings, emphasizes that this judgment states precise facts about the torture the prisoners in these camps endured, and that the responsibility of the state for the acts undertaken by the members of the Ministry of the Interior (MUP), who managed and protected these camps, was properly established. END_OF_DOCUMENT_TOKEN_TO_BE_REPLACED

Only two trial days have been held since the filing of the indictment for the war crime in the case of Trnje two years ago, while the Ministry of Defence has been refusing since the beginning of the trial to act on the final decision rendered by the Commissioner for  Information of Public Importance (Commissioner) and inform the public about the present status of the two defendants in the Serbian Army (VS). The Humanitarian Law Center (HLC) emphasizes  that the delays in the beginning of the trial and the unlawful acts of the respective Ministry degrade the trials for the crimes committed during the nineteen-nineties and discourage victims who have been waiting for justice for 16 years now. END_OF_DOCUMENT_TOKEN_TO_BE_REPLACED 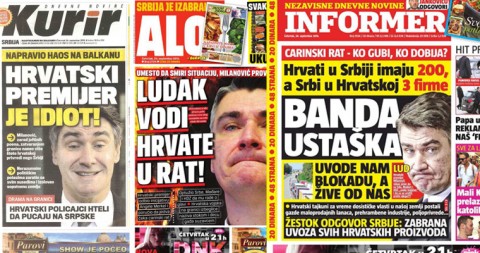 Impunity for mass graves, indifference to the families of the disappeared 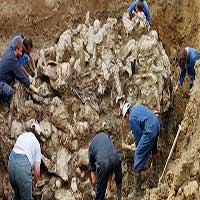 On the occasion of the International Day of the Disappeared

The International Day of the Disappeared is marked on 30 August, and is aimed at raising awareness about the destiny of forcibly disappeared persons.  The Humanitarian Law Center (HLC) draws attention to the fact that, according to the findings in 2015 of the UN Committee on Enforced Disappearances (Committee), Serbia has failed to investigate and punish those responsible for the mass graves holding bodies of Kosovo Albanians in Serbia, including high-ranking persons involved, and has failed to provide reparations to the families of the victims. END_OF_DOCUMENT_TOKEN_TO_BE_REPLACED

On 17 August 2015, the Humanitarian Law Center (HLC) filed criminal charges against two unidentified members of the 86th Detachment of the Special Police Unit (SPU) of the Ministry of the Interior of the Republic of Serbia (MoI), on reasonable suspicion that they killed 53 ethnic Albanian civilians, including 24 women and 23 children, on 17 April 1999 in the village of Poklek (Municipality of Glogovac). Criminal charges were also filed against Dragan Obradovic, former commander of the 86th Detachment of the SPU, and against the commander of the company which the perpetrators belonged to, on the charges of not preventing the crime and not punishing the perpetrators.    END_OF_DOCUMENT_TOKEN_TO_BE_REPLACED

The First Basic Court in Belgrade passed two judgments ordering the Republic of Serbia to pay compensation to six Kosovo Albanians from Glogovac, in amounts ranging from 125,000 to 370,000 dinars, because of Serbia’s responsibility for torture and unlawful detention committed by members of the Ministry of the Interior (MoI). Although the judgments established the right to compensation for violations of basic human rights, the Humanitarian Law Center (HLC) emphasizes that the amounts awarded are unjustifiably low and the rationale of the judgments indicates the intention of reducing the state’s responsibility for the widespread torture against Kosovo Albanians in 1999. The HLC lawyers have filed appeals for the judgments to the Court of Appeal in Belgrade. END_OF_DOCUMENT_TOKEN_TO_BE_REPLACED

On the occasion of 20 years since “Storm”: Victims have to become the responsibility of the society and institutions of Serbia and Croatia

The 20th anniversary of the Croatian military-police Operation “Storm” will be marked on Tuesday, 4 August 2015. During the operation, the Croatian military forces committed serious and widespread crimes against the Serbs living in the area of the so-called Republic of Serbian Krajina. Even after 20 years since the crimes were committed, justice for the victims of these crimes has not been achieved, and both Croatian and Serbian institutions are responsible. Both countries have a legal and moral obligation in the future to change the attitude towards the legacy of crimes committed during “Storm”, and to demonstrate that the caring for the victims and prosecution of the persons responsible for the crimes is the ground for future reconciliation. END_OF_DOCUMENT_TOKEN_TO_BE_REPLACED 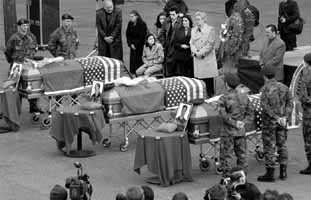 At a session held on 8 July, 2015, the United Nations Security Council (UNSC) did not pass a resolution proposed by the United Kingdom marking the twentieth anniversary of the Srebrenica genocide, as the Russian Federation vetoed it. The vote was preceded by a month of intense negotiations between permanent members of the UNSC who tried to reach a compromise on the text of the resolution. Throughout this period, Serbia’s top officials, in their public statements and through diplomatic activities aimed at preventing the adoption of the proposed resolution, damaged the process of reconciliation in the region of the former Yugoslavia and discredited earlier statements given by Serbian officials stressing Serbia’s commitment to reconciliation and regret for the victims of the Srebrenica genocide.
END_OF_DOCUMENT_TOKEN_TO_BE_REPLACED