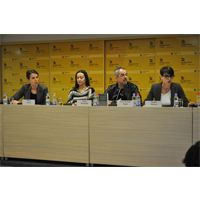 The Center for Advanced Legal Studies (CUPS) and the Humanitarian Law Center (HLC) presented on April 17, at the Media Center in Belgrade, a Model Law on the rights of civilian victims of human rights violations committed during and in connection with the armed conflicts in the period 1991-2001 (the Model Law). The presentation was attended by representatives of associations of victims and victims’ family members, NGOs, the media, the EU Delegation to Serbia, embassies and international organizations, the Office for Human and Minority Rights, the Office of the War Crimes Prosecutor and the Democratic Party.

In her opening statement, the HLC Executive Director Sandra Orlovic stressed that the Model Law deals with victims of human rights violations from the 1990s who now live in Serbia. Their current status, as well as the institutions’ relationship to them, are devastating, and this is  incompatible with a state that strives to build the rule of law and a culture of human rights. The state does not show solidarity with victims, nor does it know their exact number, their needs and the rights that belong to them in accordance with international standards. An apt manifestation of this institutional attitude to civilian victims is the Law on Civilian Invalids of War, in force since 1996. This law prescribes the requirements for obtaining the status of civilian victim of war, and is a supreme example of legalized discrimination. The legal regime introduced by this law has resulted in the fact that only about 10% of victims who live in Serbia today are in a position to enjoy a certain form of state support. Families of missing persons are not among them, nor are victims of sexual violence, victims killed by Serbian security forces, victims killed on the territory of other states, and other categories of victims. Serbian institutions have been familiarized with a number of objections to the current law, which had been filed by the HLC and relevant international organizations and institutions. In late 2014, the Ministry of Labour, Employment, Veteran and Social Affairs (the Ministry) initiated the adoption of the new law, but without prior consultation with victims or specialized NGOs. Because the proposed law does not improve the position of civilian casualties, the HLC has sent a number of observations to the Ministry concerning the law. The HLC has also demanded that the law be withdrawn from legislative procedure and new legal solutions be explored. Orlovic concluded by calling for a public dialogue on the need to change the attitude towards victims, proposing the Model Law as offering fair compensation and recognition of civilian casualties.

The Director for the HLC Legal Department, Milica Kostic, presented the international framework for the protection of victims’ rights to reparations, and Serbia’s response to international obligations, as well as the existing practices of other post-conflict countries. She pointed to a number of international conventions,  such as the International Covenant on Civil and Political Rights, the Convention against Torture, the European Convention for the Protection of Human Rights, and the Convention against Enforced Disappearances, all of which have been ratified by Serbia, and all of which entail a state’s obligation to provide reparations to victims of violations of the rights guaranteed by these conventions. One of the most important documents in this area is the resolution of the United Nations from 2006, entitled Basic Principles and Guidelines on the Right to a Remedy and Reparation for Victims of Gross Violations of International Human Rights Law and Serious Violations of International Humanitarian Law, which defines reparations, stipulates who the victims are, what state obligations are and the types of reparations. Serbia’s conduct so far in providing reparations to victims has been criticized by the supervisory body for the implementation of these conventions, as well as by the European Commission and the European Parliament within the framework of monitoring Serbia’s progress in the process of joining the European Union.

A Member of the Steering Committee of the Center for Advanced Legal Studies, Professor Sasa Gajin, reminded those present that the legal system in Serbia is not an adequate response to the need for dealing with violent events in the context of the armed conflict in the former Yugoslavia. The Model Law, according to him, seeks to correct this omission. Gajin pointed to several important aspects of the Model Law: first, it is framed within a specific time period (1991-2001), which covers armed conflicts and human rights violations committed in the context of the armed conflict in the former Yugoslavia. Secondly, its statute of limitation is six years, with the assumption that, within that period, all those whose rights have been violated will have exercised the rights guaranteed by the law. Thirdly, those benefitting from the law are all those whose fundamental human rights have been violated, regardless of the consequences of these violations. And finally, the Model Law is based on the principles of state responsibility, social solidarity and equal respect for all civilian casualties.

The Model Law provides for the right to a one-time financial compensation or a lifetime monthly allowance of a certain amount. In addition, this legal solution provides a set of other rights, including healthcare and social protection, subsidized housing, professional rehabilitation and retraining, education, free legal aid, free public transportation, and compensation of necessary expenses for funeral, exhumation, and transfer of mortal remains. A very important right introduced by the Model Law is the right to respect for the status of victim, including the right to protection from denial of victim status, which would be considered hate speech and as such punishable.

Speaking about the goals that had guided the authors of the Model Law, lawyer Tanja Drobnjak said that their main ambition was that the rules of procedure and the rules of evidence be tailored to the needs of victims and their specific position. The procedure would be as simple as possible, with reasonable and short deadlines for institutional administration, and provides for the training of civil servants who are responsible for law enforcement in order to avoid retraumatising the victims. The Model Law provides for the establishment of a special office which would be responsible for deciding on individual rights applications. The Office, just like the law itself, would be limited to six years and decentralized to regional units in Nis, Novi Sad, Novi Pazar, Belgrade and Kraljevo.

The Model Law was supported by the associations of victims and victims’ family members. Dragan Pjevac, President of the Coordination of Serbian Associations of Missing Persons, welcomed the Model Law, stating that just compensation for civilian victims ought to be a priority for Serbia, rather than a financial burden. From his own personal perspective as a family member of a victim and a forcibly mobilized refugee from Croatia, Pjevac stressed that the right to respect for victim status is itself very important. Gordana Djikanovic, from the Association of Families of Victims in Kosovo and Metohija, has also fully supported the Model Law. She stressed that for the past 15 years, members of the families of civilian victims have been unsuccessfully trying to convince the institutions of Serbia to legally regulate the status of civilian victims, since the current Law on Civilian Invalids of War cannot enable the exercise of their right to reparations. Their efforts, however, were left unanswered, and today in this Model Law they see an opportunity to improve their position and finally be recognized as civilian victims of war.

Download the Model Law on the rights of civilian victims of human rights violations committed during and in connection with the armed conflicts in the period 1991-2001 here. 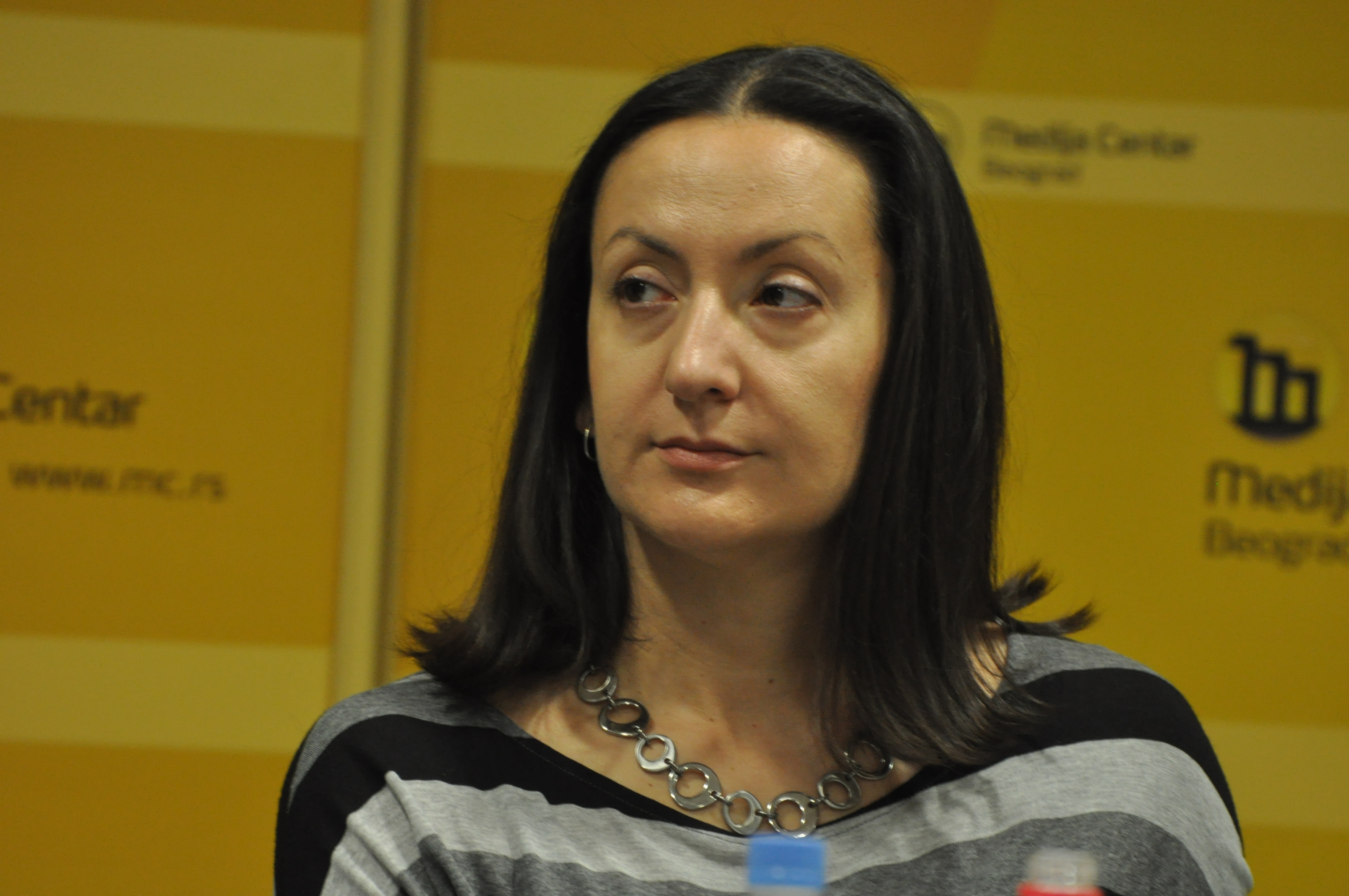 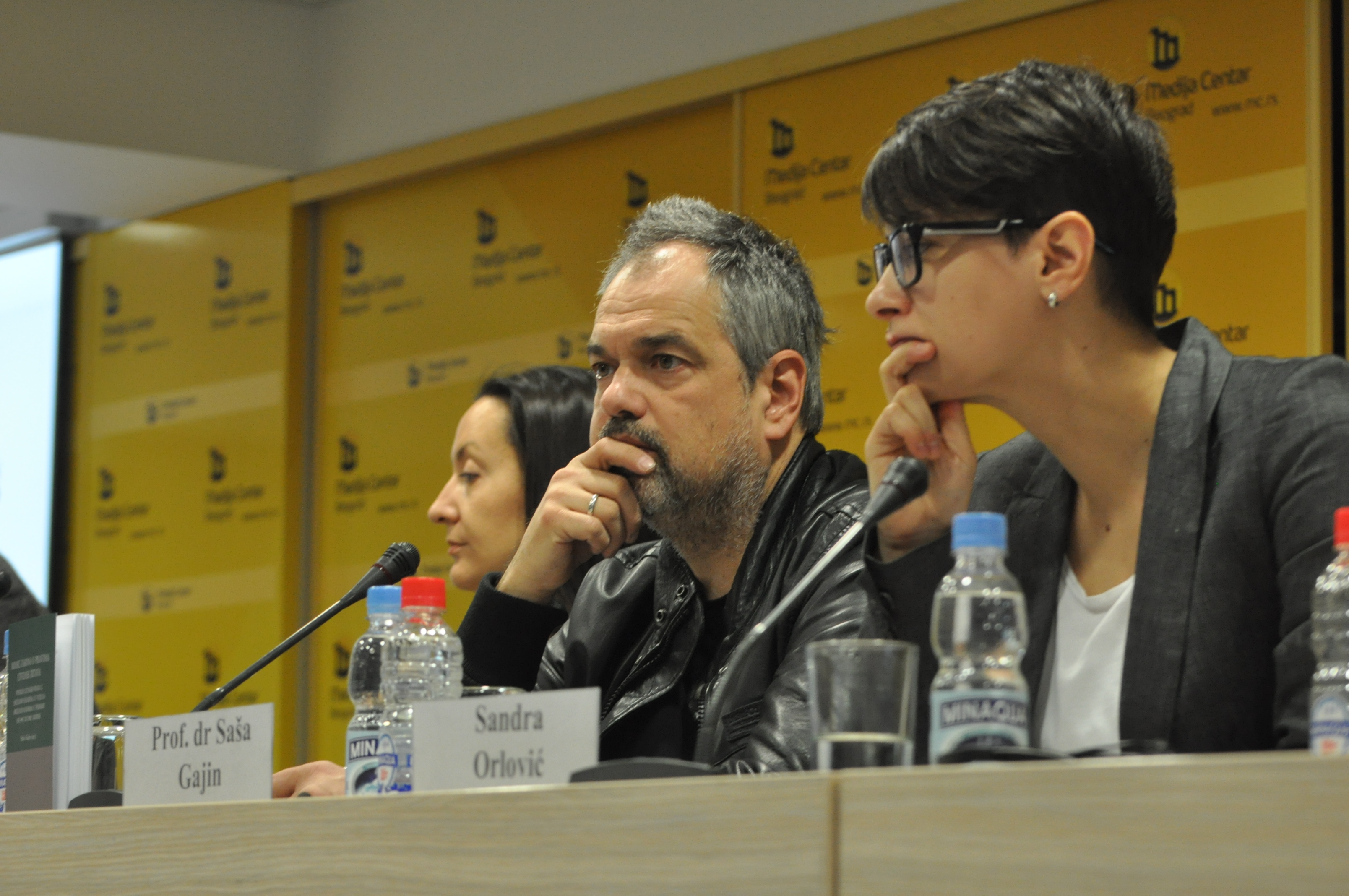 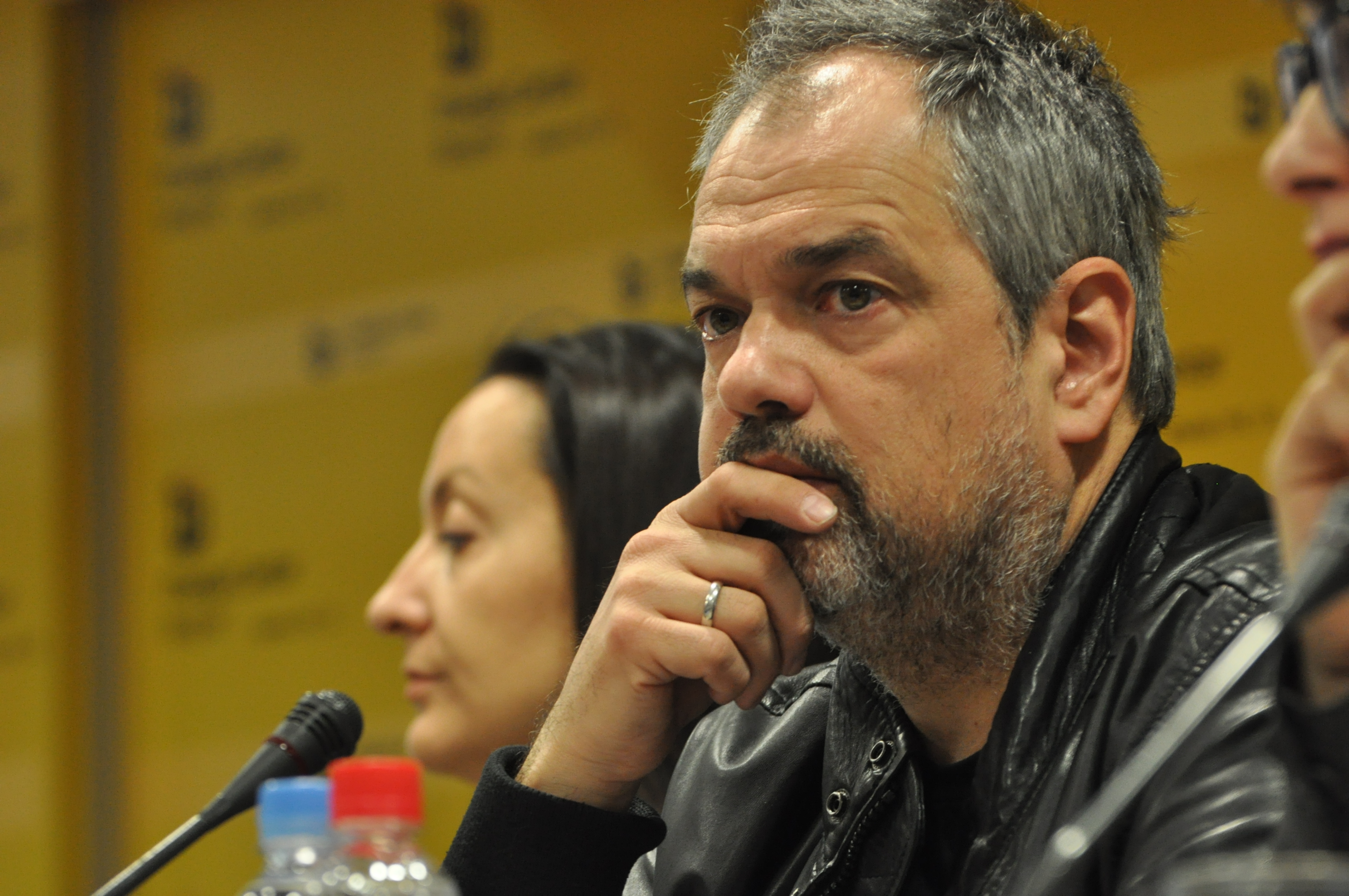 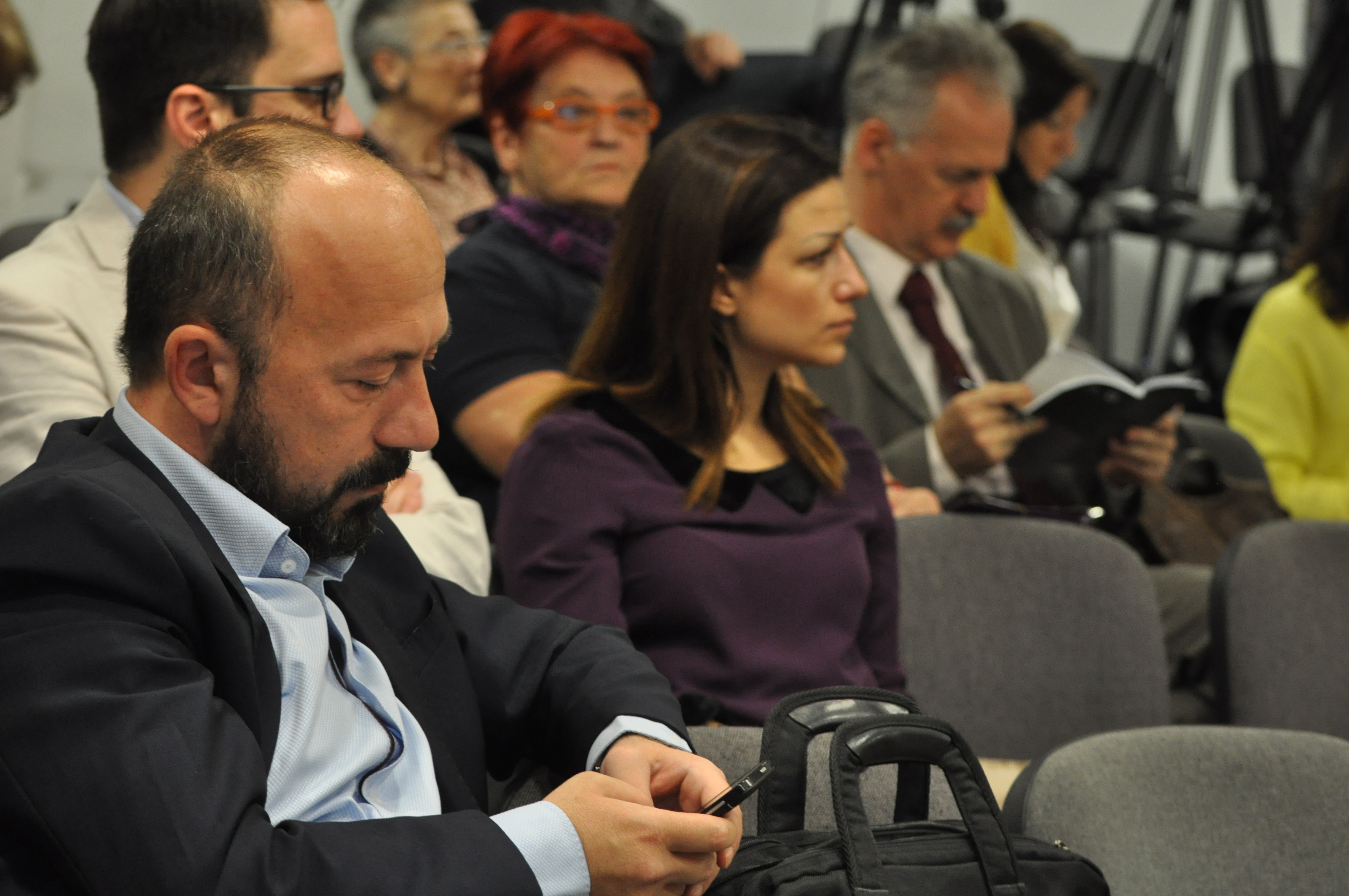 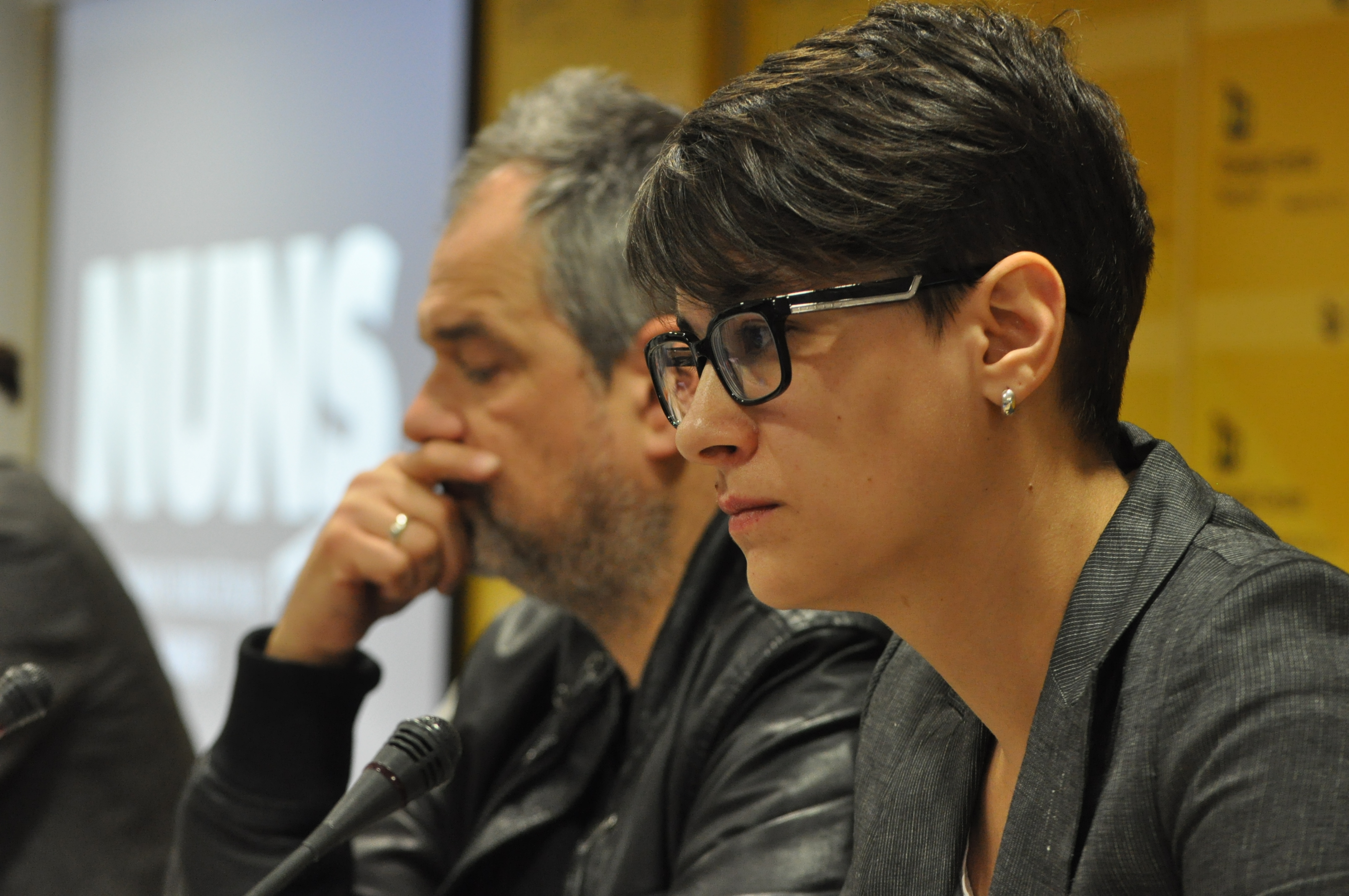 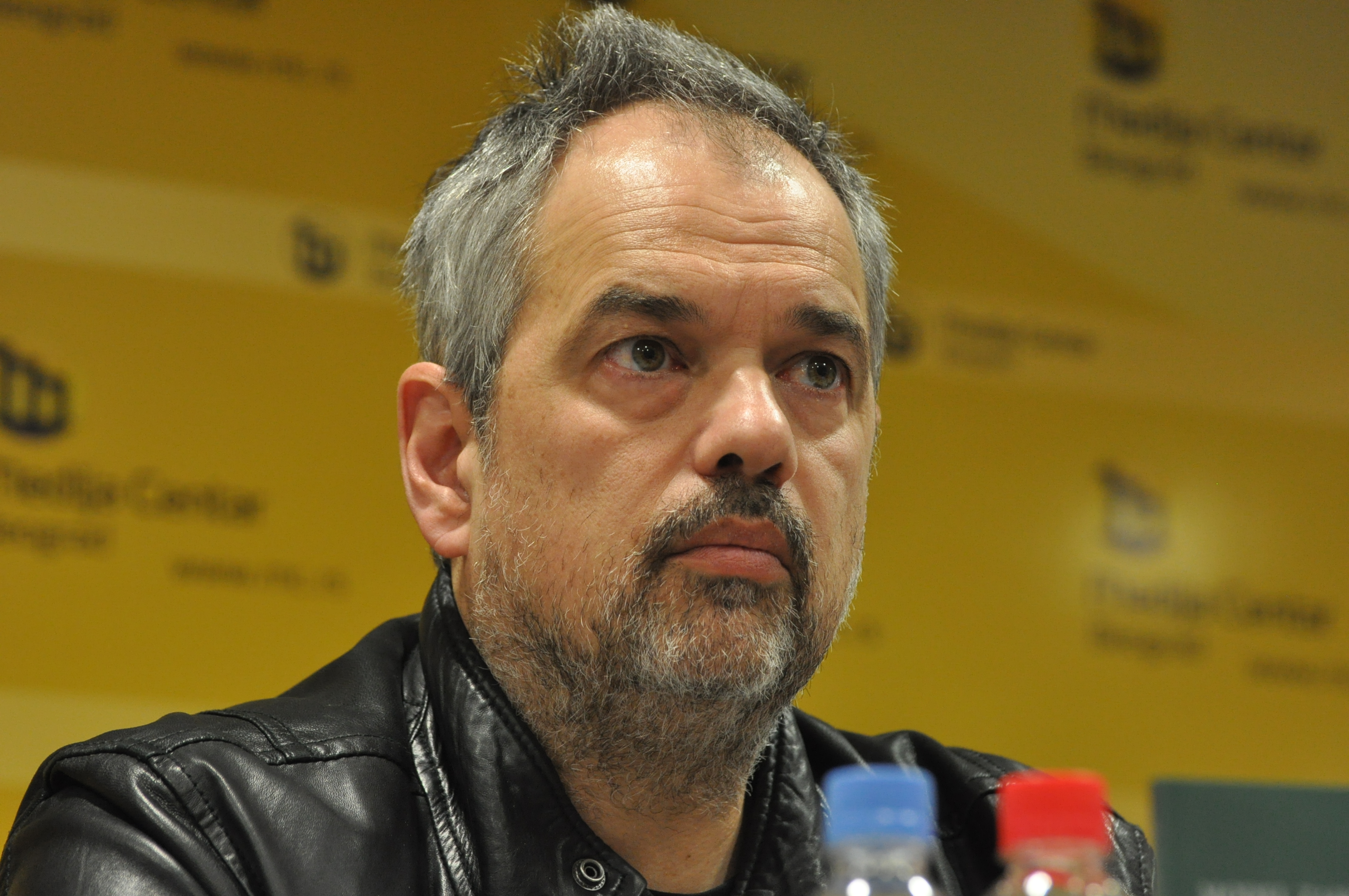 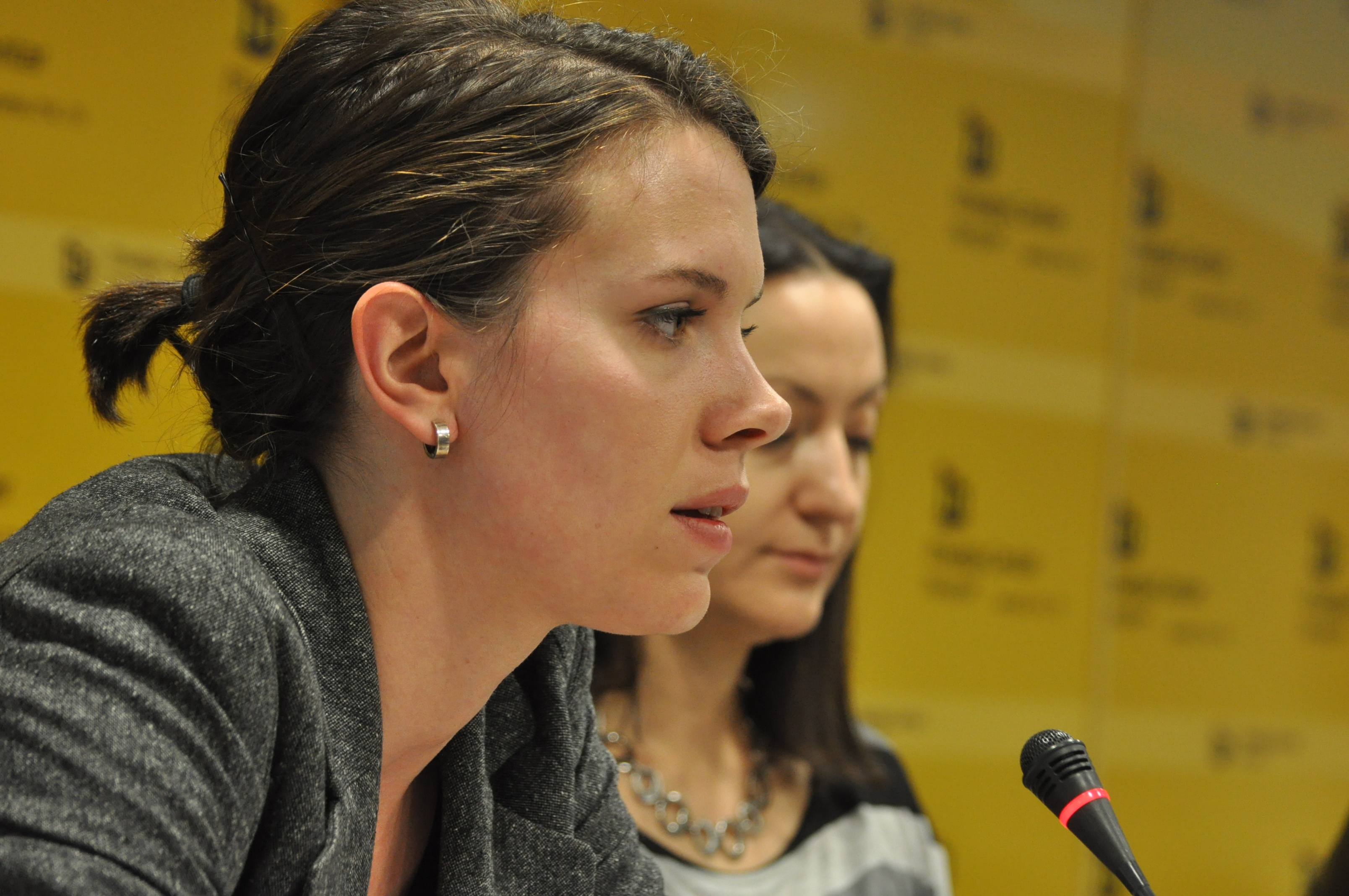 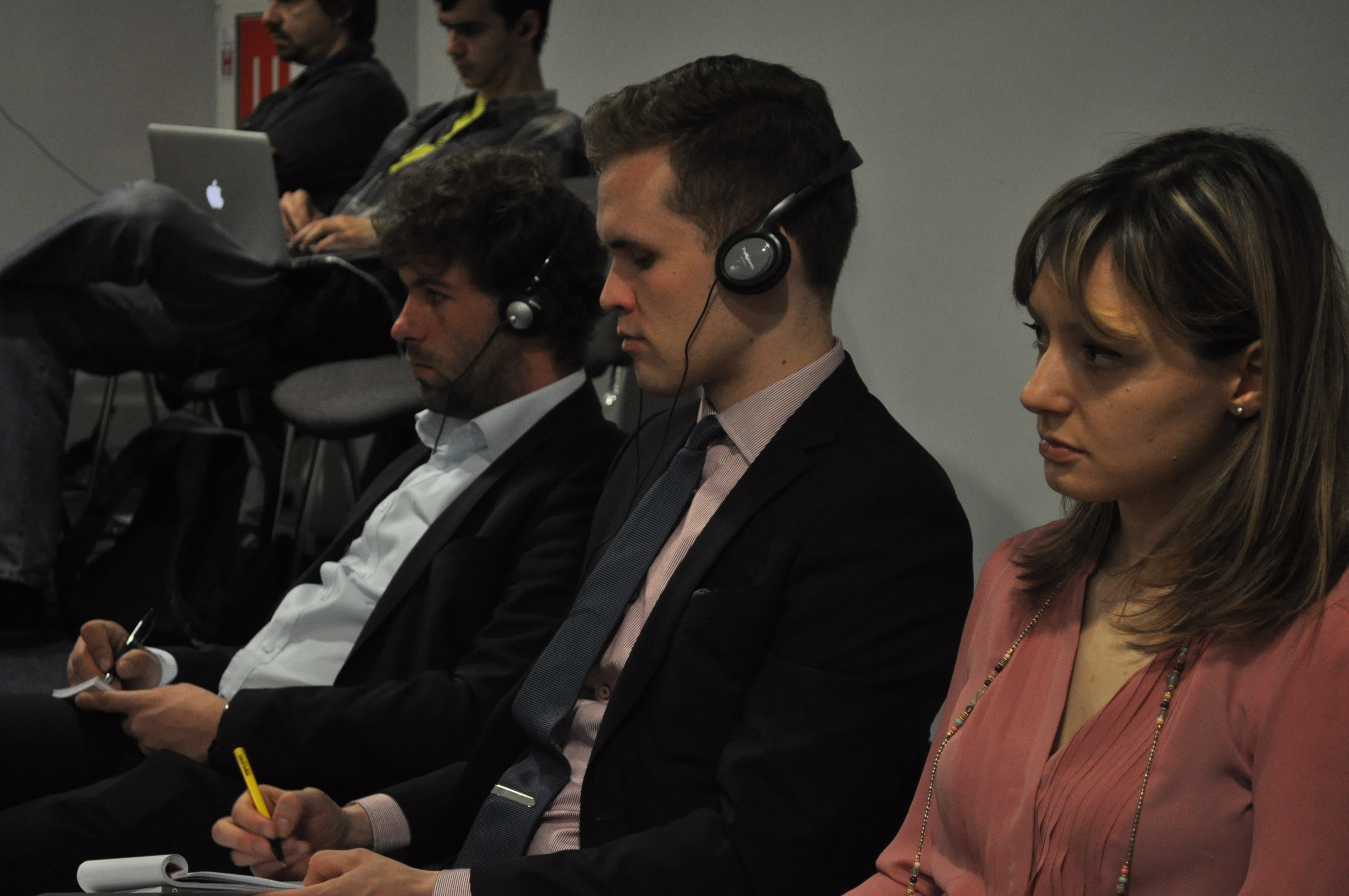 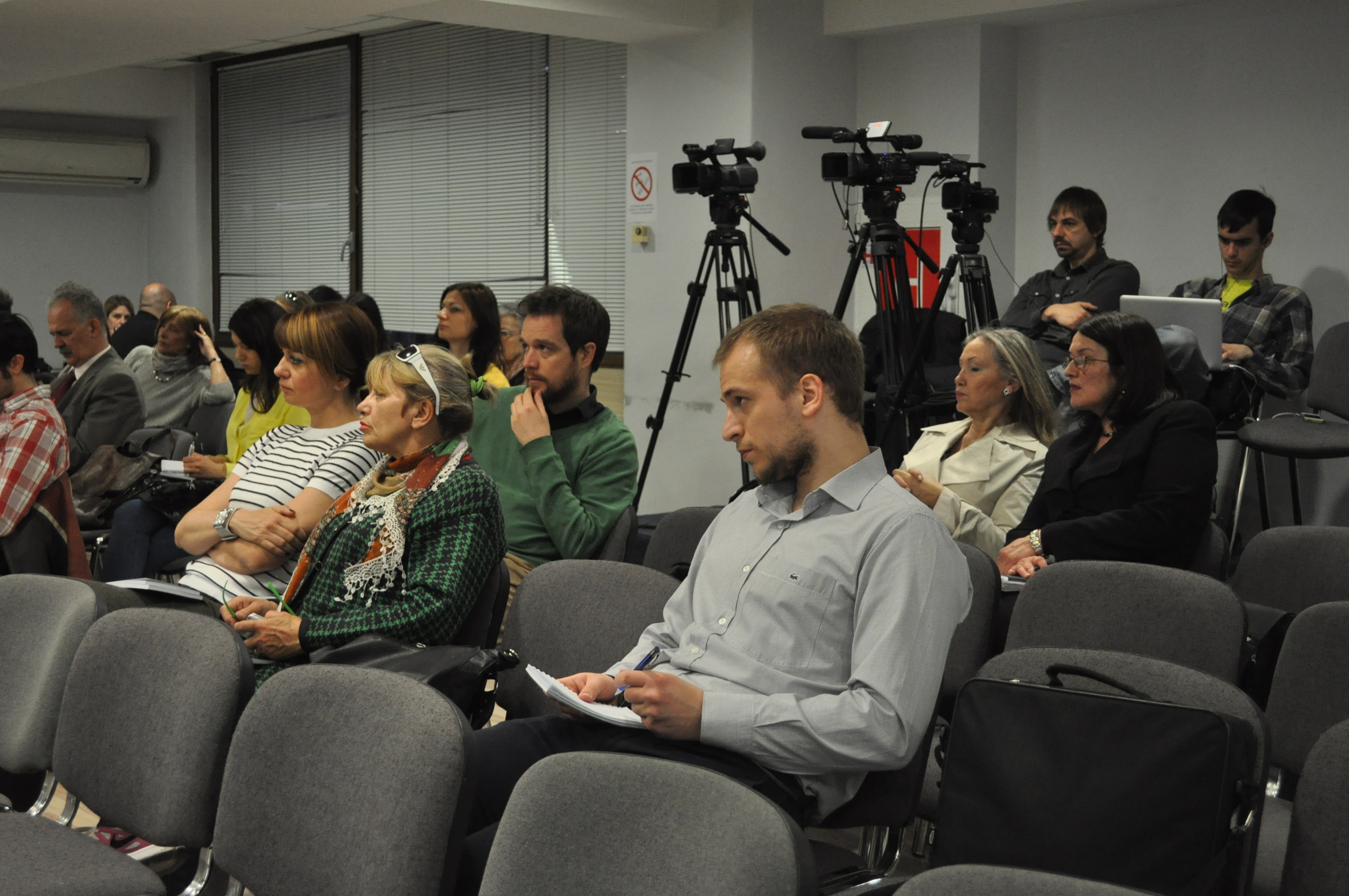 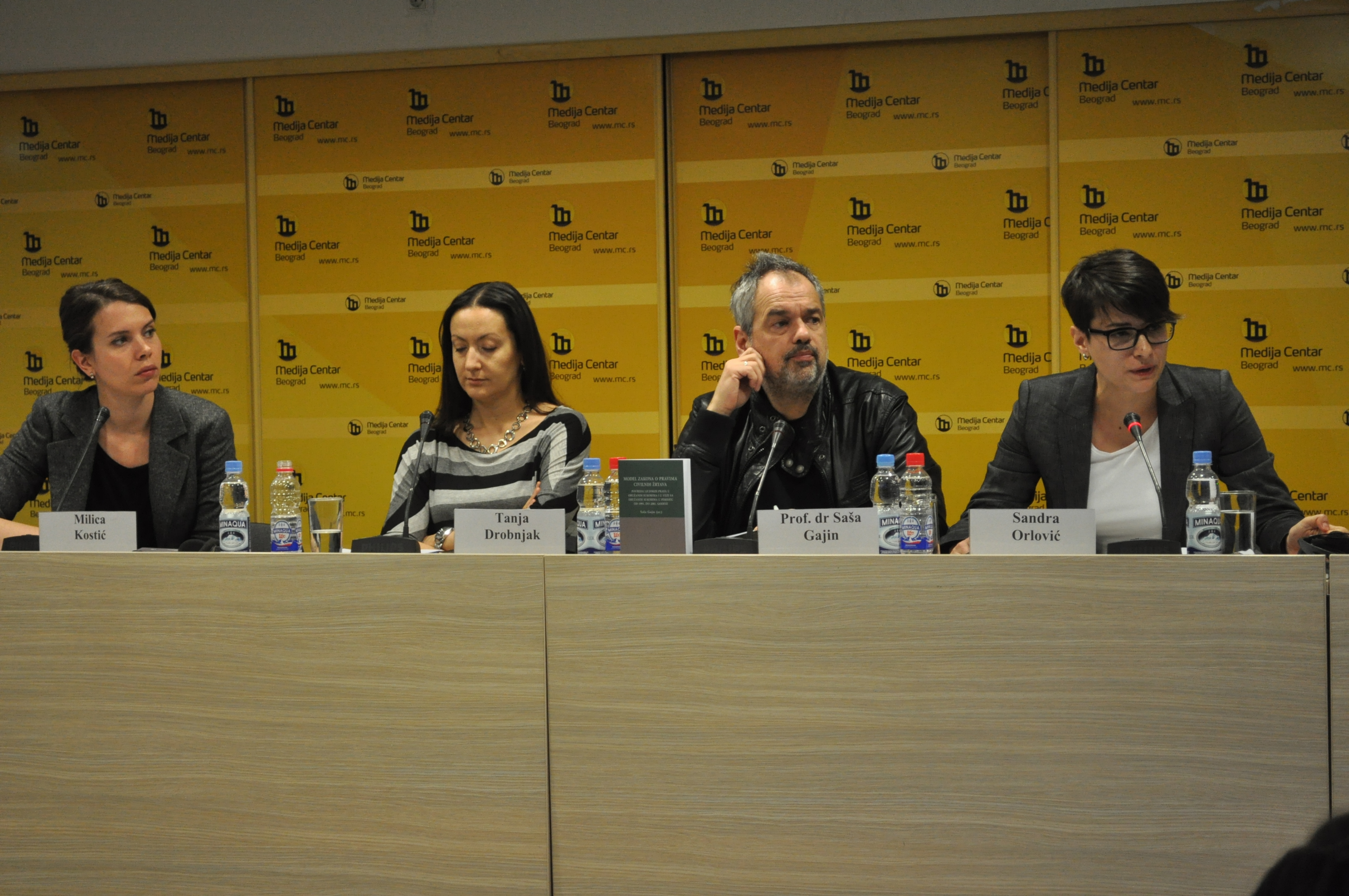