During 2021, Serbia has continued with the revisionism of the wars of the 1990s 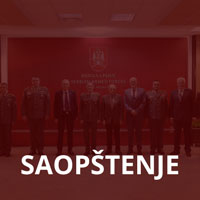 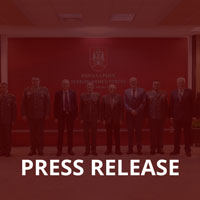 On the occasion honouring the retired General Vinko Pandurević with a commemorative military medal presented by the Chief of the General Staff of the Serbian Army, General Milan Mojsilović, the Humanitarian Law Center (HLC) wishes to remind the public that Pandurević was convicted before the International Criminal Tribunal for the former Yugoslavia (ICTY) for crimes against humanity and war crimes committed in July 1995 in Srebrenica, including killings, persecution and forced displacement. This decoration of Pandurević is just one of several examples of the already established practice of glorification of those convicted for war crimes, which is consistently being carried out by the state institutions of Serbia.

In 2021, the Republic of Serbia continued to support the revisionism of the wars of the 1990s. Constructing a narrative of “Serbia’s wars of  liberation” – which attributes the character of a liberation to all the wars in which Serbia has participated throughout history – state institutions are ignoring or and minimising the court-established facts and overwhelming evidence of crimes committed during the wars of the 1990s.

One of the ways in which this revisionism is being conducted is by giving public space to those convicted of war crimes. For the anniversary of the beginning of the NATO bombing campaign, Nikola Šainović, former Deputy Prime Minister of the Federal Republic of Yugoslavia, and Vladimir Lazarević, former General of the Yugoslav Army (VJ) – both convicted before the ICTY for crimes against humanity committed during the war in Kosovo – were guests on the national Radio Television of Serbia (RTS). On that occasion, Šainović and Lazarević denied responsibility for the crimes, and for this they were given prime time on the public media service.

At the beginning of September, the public library “Dositej Novaković”, from Negotin, announced the presentation of the book, “This is my country, here I command” [in Serb: “Ovo je moja zemlja, ovde ja komandujem”] by Veselin Šljivančanin. According to the announcement, the promotion was supposed to be held at the children’s department of the library; but, after pressure from civil society, this event was transferreded to the library pavilion in the city park. Since his release from prison in 2011, Šljivančanin has held more than 30 promotions of his books in public institutions throughout Serbia.

On September 22, at the House of the Serbian Army, the book, “Košare and Paštrik – the Serbian Thermopylae” was presented, whose co-author is Nebojša Pavković, convicted for crimes against humanity and war crimes committed during the war in Kosovo. Even though Pavković is not physically present in public because he is currently serving a prison sentence in Finland, Serbian state institutions are making provisions for his voice to be heard.

The allocation of public institutions and the mobilisation of state resources for the purpose of denying war crimes prevent society’s dealing with the war legacy of the 1990s and turning away from ethno-nationalist policies. The HLC demands that state institutions cease with their historical revisionism and denial of responsibility for the war crimes committed in the 1990s.