The Fifth Regional School of Transitional Justice is now over 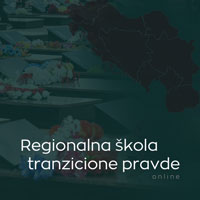 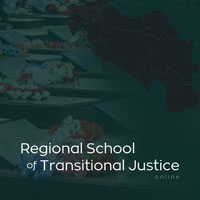 From December 6 to 10, 2021, the Fifth Regional School of Transitional Justice took place, organised by the Humanitarian Law Center (HLC). The lectures were held online this year.

This year’s School was attended by 19 students from Serbia, Croatia, Bosnia and Herzegovina, and Kosovo. During 18 interactive sessions, the participants had the opportunity to listen to lectures on various aspects of transitional justice, as well as to enter into discussions with the lecturers.

The first day of the School was dedicated to introducing participants to the concept and history of transitional justice, and the nature of the international criminal justice system, as well as the ideological preparation for the wars of the 1990s in the former Yugoslavia. These topics were presented and discussed by Prof. Dr. Denisa Kostovicova, Olga Kavran, Dr. Ivan Jovanović and Prof. Dr. Dubravka Stojanović.

On the second day, participants learned about four cases of mass violations of international humanitarian law: Refik Hodžić gave a lecture on the crimes in Prijedor, Mirko Klarin on Operation Storm, Bekim Blakaj on the war in Kosovo, and Jovana Kolarić on the forcible mobilisation of refugees.

The topic of the third day of the School was war crimes trials before domestic courts in Kosovo, Serbia, Croatia and Bosnia and Herzegovina. The lectures were delivered by Amer Alija, Višnja Šijačić, Milena Čalić Jelić and Denis Džidić.

On the fourth day of the School, the participants discussed the human losses during the wars in the former Yugoslavia with Predrag Miletić, women’s peace activism with Prof. Dr. Daša Duhaček, and institutional reforms, reparations and vetting with Ivana Žanić and Mihailo Pavlović.

The last day of the School was dedicated to lectures on the memory politics and cultures related to the wars of the 1990s, and the lecturers were Dr. Katarina Ristić, Sven Milekić and Dr. Jelena Đureinović.

Participants also had the opportunity to watch and afterwards discuss the documentary film „Depth Two“, which was co-produced by the HLC and Non-Aligned Films.

The Regional School of Transitional Justice offers a programme of non-formal education on the basic concepts of transitional justice, judicially established facts about crimes committed during the armed conflicts in the former Yugoslavia, mechanisms for establishing these facts, the need for institutional reforms in post-conflict states, memory politics and related aspects of dealing with the past.