Report on War Crimes Trials in Serbia during 2020 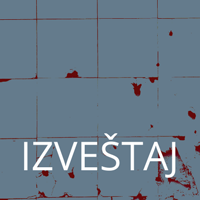 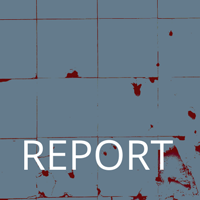 The HLC has monitored all war crimes trials conducted in the territory of Serbia in 2020, namely a total of 21 cases conducted before the War Crimes Departments of the Higher Court and/or the Court of Appeal in Belgrade.

The Report provides a brief overview of the proceedings and of the HLC’s basic findings in respect of cases which are of public relevance. A large number of the war crimes cases covered by this Report have been going on for a number of years now, so that previous HLC annual trial reports are also relevant for a full grasp of the course of the proceedings and the pertinent HLC findings.

The report focuses on the work of the Office of the War Crimes Prosecutor (OWCP) and of the courts in parts of the judicial proceedings open to the public, primarily by analysing the indictments and the judgements in each particular case. An analysis of the work of other bodies involved in the prosecution of war crimes – the War Crimes Investigation Service of the Serbian Ministry of the Interior (MUP), the Witness Protection Unit and others, cannot not be undertaken in respect of the individual cases, as no information on their activities is publicly available. In the reporting period, the War Crimes Department of the Higher Court in Belgrade handed down first-instance judgments in five cases. The War Crimes Department of the Court of Appeal in Belgrade handed down three judgments and two rulings on appeals lodged against judgments of the Higher Court in Belgrade. In the reporting period, the OWCP issued seven indictments against seven persons. Since it began working in 2003 until the end of 2020, the OWCP brought indictments in 83 war crimes cases, indicting a total of 205 persons and encompassing 2,491 victims who lost their lives. Three of the cases were joined with cases instituted earlier, and final rulings were rendered in 52 out of 80 cases; one case was terminated on account of the death of the defendant; in three cases the indictments were dismissed because the defendants had been found unfit to stand trial; and 24 cases are ongoing.

In cases which have been concluded by a final decision, a total of 78 defendants have been convicted and 54 acquitted. Also, indictments were dismissed against 20 out of the total number of the indictees, either on account of their incapacity to stand trial, or because proceedings were terminated on account of their deaths. In the finally concluded cases, the indictments listed a total of 957 victims who had lost their lives, whereas the final judgments list 726 victims who had perished. In war crimes proceedings up until the end of 2020, a total of 57 first-instance judgments were rendered, 22 of which have been quashed.

The report is available here