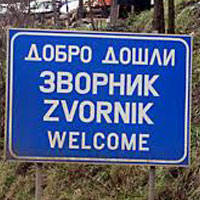 On April 22, 2020, the Humanitarian Law Center (HLC) filed a criminal complaint with the Office of the War Crimes Prosecutor (OWCP) against several unidentified persons, for the murder of Himzo Fazlić in Zvornik in May 1992.

At the beginning of April 1992, after the outbreak of the conflict in Bosnia and Herzegovina, Himzo Fazlić and his family came from Zvornik to their relatives in Krupanj (Serbia), where he obtained the status of refugee. In the second half of April, armed members of the police came to the courtyard of the house where the Fazlić family were staying, and called on Himzo Fazlić to step out of the house and follow them. They then took him in an unknown direction.

Crimes committed in Zvornik during 1992 were prosecuted in several cases before the courts in Serbia. Although evidence of the murder of Himzo Fazlić is found in the cases against Branko Grujić (Zvornik I) and Goran Savić (Zvornik III and IV), Fazlić’s murder has not been investigated or prosecuted to date. Namely, there is evidence that Himzo Fazlić was among a group of prisoners taken from the Zvornik Municipal Court building in mid-May 1992. Himzo Fazlić himself was last seen alive in the Zvornik Municipal Court building in mid-May 1992. His mortal remains were found in 1997 in the so-called “Ramin Tomb”, a mass grave in the village of Glumina near Zvornik.

EVENT ANNOUNCEMENT: Debate regarding the presentation of the Report on War Crimes Trials 2014-15