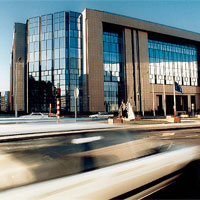 The Council of the European Union (EU) adopted the EU’s Policy Framework on Support to Transitional Justice (Framework) on November 16th, 2015. This Framework defines the manner in which the EU would engage in situations which require dealing with the legacy of gross violations of human rights, in the light of international criminal law and international humanitarian law. The Council of the EU emphasizes that the implementation of transitional justice mechanisms represents a priority for the EU in its relations with post-conflict and post-authoritarian societies.

The Framework offers the guidelines to EU institutions supporting transitional justice processes abroad, while at the same time strengthening its own capacity to take a more active and more consistent role in these processes.

In the definition of the notion of Transitional Justice, the EU relies to a great extent on the United Nations Secretary-General’s report, „The Rule of Law and Transitional Justice in Conflict and Post-conflict Societies“, which envisages the establishing of criminal justice, truth-seeking and truth-telling about crimes, the provision of reparation to victims, and the implementation of institutional reforms guaranteeing the non-recurrence of crimes.[1]

As for criminal justice, the EU supports the harmonization of national legislation with international standards, the development of strategic approaches in the national prosecution of human rights violations, long-term support and protection of witnesses and victims, and adequate defence of the accused.

The EU supports the establishing of truth-seeking and truths-telling bodies, stimulates cooperation of these bodies with civil society and victims, and encourages states to apply their recommendations and secure archives and other evidence, in order to preserve the memory of the victims.

The system of reparations, according to the EU, should be participative, victim-oriented, and directed towards the full integration and rehabilitation of victims.

Institutional reform should encompass the strengthening of an independent, unbiased, and efficient judiciary and the implementation of vetting procedures. Considering the huge potential of education for the transformation of a society, the EU supports the incorporation of lectures about events from the past into educational programmes, particularly those whose themes and material is based on the experiences of the society concerned.

Transitional justice takes a particularly important place in the EU’s enlargement policy, since the application of its mechanisms represents a priority for candidate countries and for potential candidate countries. According to the Framework, the Copenhagen Criteria, which relate to the protection of fundamental rights and the rule of law, also cover the requirements from the field of transitional justice; and all the states striving to become members of the EU have to express dedication to the promotion of these principles and the removal of obstacles for the establishing of justice.

The European External Action Service (EEAS) will follow the progress made in this area as part of the pre-accession political dialogue and annual progress reports. Particular attention will be given to the fight against impunity for war crimes, crimes against humanity, and genocide, while at the same time taking care of the rights of all victims and the establishing of guarantees for the non-recurrence of crimes.

[1] United Nations Security Council, “The rule of law and transitional justice in conflict and post-conflict societies”,

First victims’ testimonies at trial for crime in Trnje

One Million Signatures for RECOM” Campaign Begins Throughout the Region