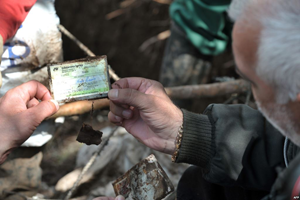 The Humanitarian Law Center (HLC) sent a report to the United Nations Committee on Enforced Disappearances (Committee) on January 9th, 2015, with regard to the situation in Serbia in this area of concern. The Committee will discuss the implementation of the Convention on the Protection of All Persons from Enforced Disappearance (Convention) in Serbia for the first time at its 8th Session, scheduled for February 4th and 5th, 2015, in Geneva.

The HLC pointed in its report to the existing inadequate legal framework relating to the legal position of the disappeared and their family members in Serbia. Namely, the Law on Civilian Invalids of War does not treat the families of missing persons as victims, and in order from them to obtain rights under this law they must declare their missing person dead, which is an additional trauma for the families. The HLC also pointed to the lack of adequate and efficient judicial protection of the right of family members of missing persons to compensation. The HLC emphasized as a particularly significant issue in its report the absence of investigations into cases of the concealment of bodies of Kosovo Albanians in mass gravesites in Serbia, which represents a violation of the victims’ right to know the truth relating to the enforced disappearances of their closest family members, which Serbia accepted as its obligation when ratifying the Convention. The Report also analyzes the case of the disappearance from Sjeverin of the Ćatović brothers, who have not been found to date, and whose family members have been denied the rights guaranteed in the Convention by the authorities of the Republic of Serbia.