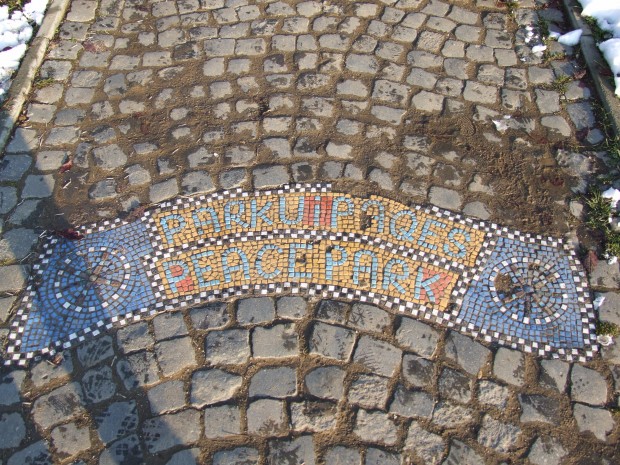 Students of the Regional School for Transitional Justice visited the Podijevo/Podujeve Peace Park (Kosovo) on November 28th, 2013, and talked with Saranda Bogujevci, one of the five children who survived the crime committed by members of the Serb Police in Podujevo in March 1999.

Saranda Bogujevci told the students about what she had experienced as a thirteen-year-old girl on March 28th, 1999, and about her recovery and the long-lasting struggle for truth and justice before courts in Serbia and Canada.

Saranda took the students for a tour around the Manchester Peace Park in Podujevo/Podujeve, where a memorial was erected to honour the memory of the members of the Bogujevci, Duriqi and Llugialiu families, who were killed by members of the ‘Scorpions’ unit on March 28th, 1999. Besides this, the students also visited the garden dedicated to peace and the memory of the victims, in the creation of which hundreds of volunteers from Great Britain and Kosovo participated; and they also visited a number of art pieces created by children who participate in the art workshops organized every summer in the Peace Park.

Invitation to the Exhibition “Besieged Sarajevo“