On November 19, 2012, the War Crimes Chamber of the Higher Court in Belgrade, with the Trial Panel presided over by Judge Vinka Beraha-Nikicevic, sentenced Mark Kashnjeti to two years in prison for a war crime against the civilian population. The Humanitarian Law Center (HLC) holds that the evidence on which the judgment is based is seriously flawed and  insufficient for a finding of Kashnjeti’s liability. According to the judgment of the Higher Court in Belgrade, on the morning of June 14, 1999, Kashnjeti, wearing a uniform and armed, and having previously joined a group of unidentified members of the KLA, stopped a vehicle with Bozidar Djurovic and Ljubomir Zdravkovic in it, ordered the two men to get out of the car, searched them, took away their documents, tied their hands with rope and, together with other members of the KLA, hitting them with a rifle butt on the head and body, conducted the two men at gunpoint toward a yard where they were illegally detained  for several hours. After that, Kashnjeti drove the men to the village of Ortokol, together with Miroslav Jovanovic, whom unidentified KLA members had detained earlier in the same yard, and ordered all three of them to goto Serbia. In her oral explanation of the judgment, the Trial Panel President said that the court accepted the testimony of victim Bozidar Djurovic, who had identified the accused during the investigative identification and confrontation, having also identified him in a photograph that was presented to him during the trial after it had already been published in the media. The Court also placed its trust in the testimony of witness Milan Petrovic, former chief of the Criminal Police Department of SUP Prizren, currently an employee of the Department of War Crimes within the Serbian MUP, who pointed out that defendant Kashnjeti was in the photograph. The court rejected the defense’s claim that the defendant never committed the crime and that he was never a member of the KLA, and it dismissed as unconvincing and designed to obfuscate the  defendant’s criminal liability the statements by defense witnesses who claimed that the accused was a civilian, and that he was not present at the time of the event in question. The HLC points out that the Panel founded its conviction on one piece of evidence presented during the investigation – Djurovic’s identification of Kashnjeti – which was seriously called into question during the trial by Djurovic’s testimony. The judgment was also founded on a testimony of a police officer who had no knowledge of the event in question. Djurovic, who during the investigation and at the trial identified Kashnjeti, said during the trial that the soldiers who stopped the vehicle and made the arrests on the day in question were between 25 and 30 years old, while according to official documents Kashnjeti was 46 at that time. During the trial, the injured party Djurovic revealed he did not know what Kashnjeti looked like at the time of the event, nor could he explain how he managed to recognize a man whom he could not even describe. Moreover, neither victim Zdravkovic, who was with Djurovic the entire time of the event in question, nor witness Jovanovic, who was with the two men after they had been brought to the yard, accused Kashnjeti, but  said instead that they did not know him. The Panel sided with the testimony of witness Milan Petrovic, former chief of the Criminal Police Department in Prizren, now an employee of the MUP’s Department of War Crimes, the examination of whom the Prosecution proposed only later, following Djurovic’s confusing testimony. Witness Petrovic had no knowledge of the event in question; he only gave his assessment of the position of Kosovo in his capacity as a police officer. During his testimony, he said that the soldier in the picture was Kashnjeti, that he knew Kashnjeti “by sight,” and that he remembered him because Kashnjeti had a distinctive look, which was to say, “a look uncharacteristic of an Albanian.” He had never seen Kashnjeti armed or in uniform. The HLC would therefore like to stress  that Petrovic’s identification of Kashnjeti cannot have any probative value, because the photograph in which the Office of the War Crimes Prosecutor identified an individual  whom it claimed was  Kashnjeti, had been published in the media before Petrovic’s testimony in court. 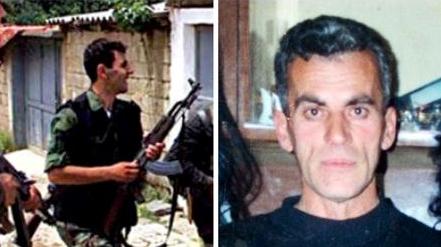 The HLC wishes to remind the public that after the arrest of Mark Kashnjeti, the Office of the War Crimes Prosecutor announced that a large number of victims and witnesses would be testifying in the case against Kashnjeti, all of whom would identify Kashnjeti (statement of Deputy War Crimes Prosecutor Bruno Vekaric to Radio Free Europe, April 17, 2012: “A great number of witnesses and victims will come forward for the identification.”). In actual fact, however, during the trial of Mark Kashnjeti, which commenced on September 13, 2012 and was completed in four days,  eight witnesses were examined, including two witnesses for the injured party, three witnesses called by the Prosecution and three defense witnesses.