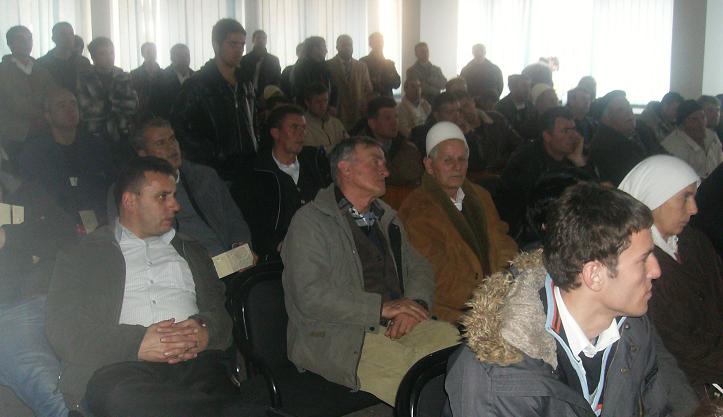 At the beginning of the presentation, the audience was addressed by the deputy mayor, Rexhep Mazreku. He thanked HLC-Kosovo for its engagement in this area and welcomed the families of the killed and missing. 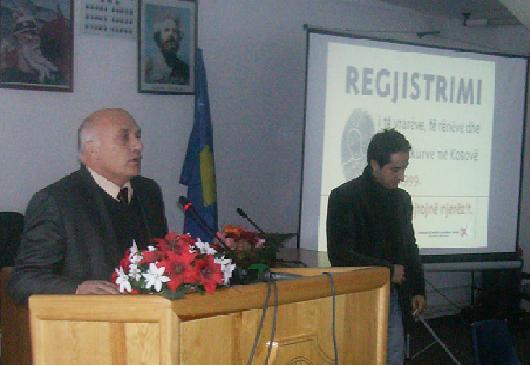 HLC-Kosovo Head of Office, Bekim Blakaj told the public that the goal of HLC-Kosovo was to research and compile a record of killed, missing and casualties on a name-by-name basis in Kosovo in the period from 1998 to December 2000 and to publish the Kosovo Memory Book.

He then introduced the interim results of the record for the municipality of Malishevë/Malishevë, giving details of the total number, their gender, age, etc.

After the presentation, all family members present checked the data about their loved ones in HLC-Kosovo’s database. HLC-Kosovo team received photographs of victims and ten documents from 45 families.

INVITATION: Exhibition and the debate on the destruction of the cultural heritage in the former Yugoslavia