1/11/2009. Non-governmental human rights organizations from Serbia read out an invitation, in front of the Presidency of the Republic, to the President, Prime Minister and the presidents of the National Assembly of the Republic of Serbia, calling on the National Assembly of Serbia to support the European Parliament Resolution, and pass a decision to designate July 11th 2010 Srebrenica Genocide Remembrance Day. 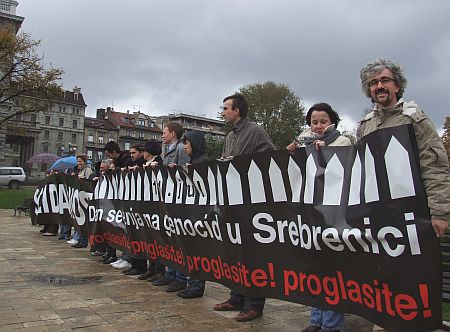 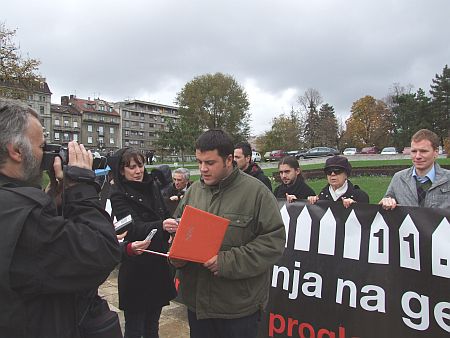 he signatories of the letter have organized public readings on the 11th of every month since February 2009 because they believe that speaking publicly is the only way to draw the attention of the President of Serbia and the public to this initiative. 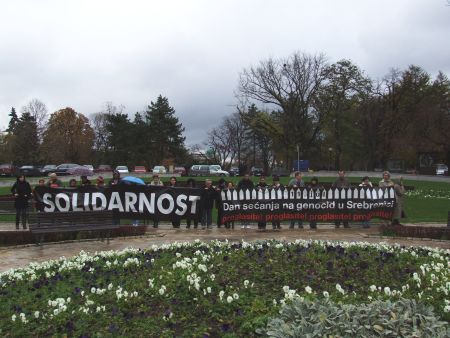 Representatives of NGOs reading the letter reminded the responsible representatives of the government to declare  July 11th Srebrenica Genocide Remembrance Day, because it not only stems from the recommendations of the European Union, but also the moral obligation of the state towards the victims, and the judgement of the International Court of Justice.