August 21st 2009 – At Korićanske stijene near Vlašiću, in Bosnia and Herzegovina, victims’ families and former camp detainees commemorated the 200 non-Serb civilians from Prijedor killed, 17 years after the massacre.  On August 21st 1992, they were taken from the camp at Trnopolje and killed at Korićanske stijene. The exhumation of their mortal remains from the chasm into which they were thrown commenced this year. 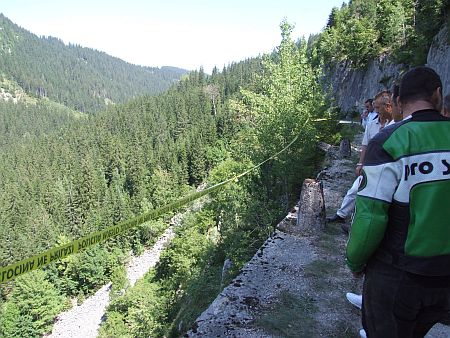 Victims were ordered to kneel on the edge of the cliff, and were then shot. For those that survived this or were only wounded, the Prijedor police threw hand grenades into the chasm. 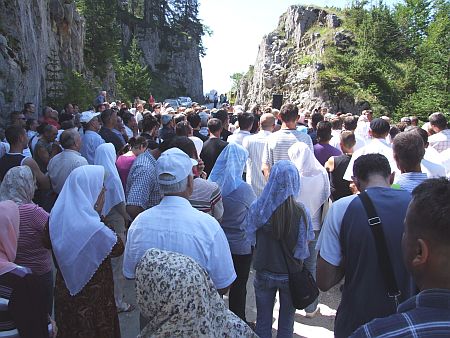 A large number of the victims’ family, friends and former camp detainees participated in this year’s commemoration at Korićanske stijene. 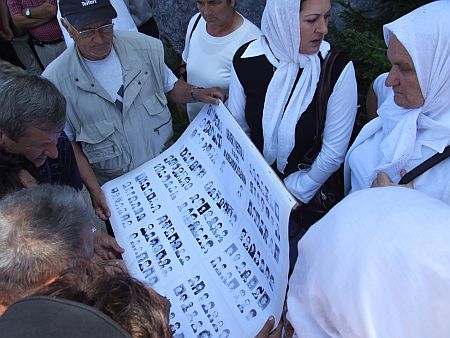 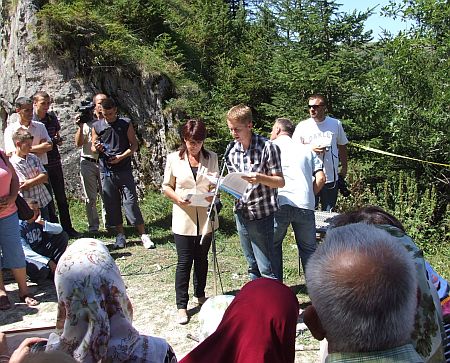 The full names and dates of birth of all the victims were read out during the commemoration. 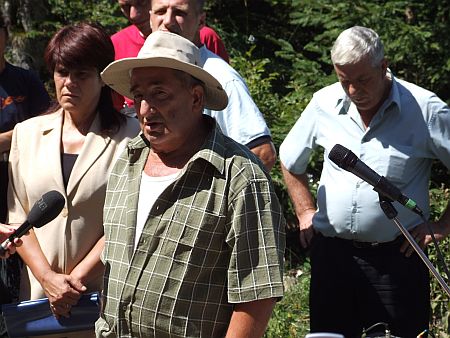 Only 12 people survived the massacre at Korićanske stijene, and one of them testified before everyone present about how they had been brought to the chasm, how they were ordered to kneel on the edge and heard the words: “here we exchange a life for a life and death for death”; after that they were shot. 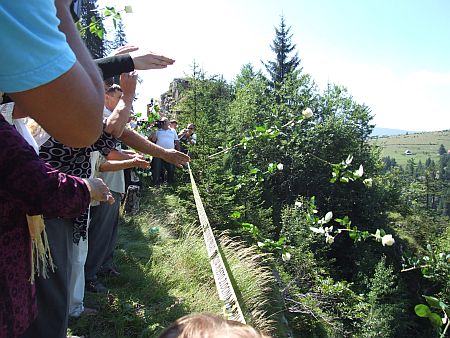 Victims’ family and other visitors each threw a rose into the chasm in remembrance of the victims. 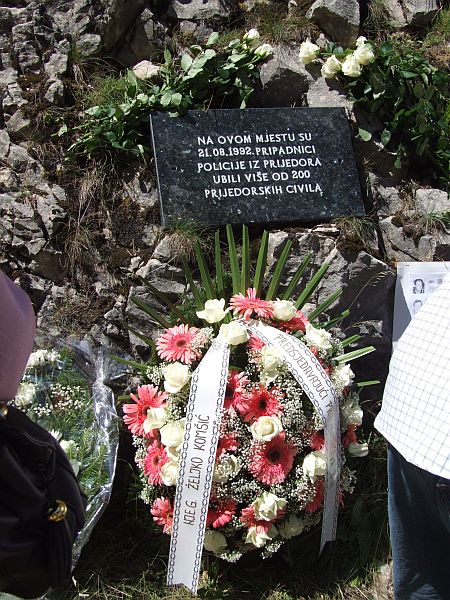 Victims’ family and the Prijedor Association “Izvor” erected a memorial tablet at the site of the massacre despite the opposition of the mayor of the Kneževo municipality, Čedo Vuković, who believes that there is no legal framework for erecting a memorial.

Exhibition 360°: Once upon a time and never again