Online screening of the documentary The Prosecutors 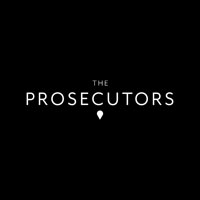 Victims dismissed as “collateral damage”. Survivors silenced. Criminals left unpunished. This is the history of sexual violence in conflict that lawyers are trying to change.

“Rape and pillage” are concepts as old as war itself. Certainly, war carries with it the idea of gathering the spoils found by those who stand victorious on the battlefield. But sexual violence is a war crime, not collateral damage, and it must be confronted. However, the risks and sacrifices involved in ensuring that the legal system provides justice for everyone run deep.

The Prosecutors is a feature length documentary that tells the story of three dedicated lawyers who fight to ensure that rape in war is not met with impunity. Filmed over five years on three continents, it takes viewers from the Democratic Republic of Congo to Bosnia and Herzegovina to Colombia on the long journey towards justice.

You can watch the thirty-minute version of the film for free from April 26 to May 9. After registration you will get the link and code which are needed to access the movie.