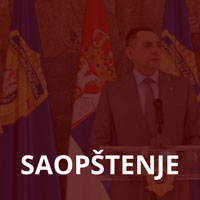 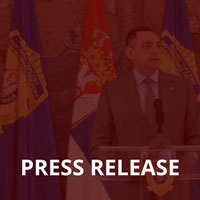 In 2005, Saša Cvjetan was finally sentenced for this crime before the District Court in Belgrade, and in 2010, other perpetrators – Dragan Borojević, Miodrag Šolaja and Dragan Medić; and then in 2011, after the repetition of the procedure, Željko Djukić was convicted.

Cvjetan was released on March 22, 2018, more than three and a half years before the expiration of his sentence, after his request for parole was accepted. When making the decision on the parole, the court did not take into account the circumstances it had to consider, given the gravity of the crime: namely, the absence of sincere remorse and of sympathy for the victims in the convicted person, as well as the fact that the convicted person denied his guilt.

In addition, at the pre-election rally of the Socialist Movement, Minister Vulin’s party, held on March 27 this year, one of the speakers was retired General Vladimir Lazarević, convicted before the International Criminal Tribunal for the former Yugoslavia (ICTY) of helping and abetting crimes against humanity against Kosovo Albanians in 1999. Lazarević was sentenced to 14 years in prison, and his early release was granted in 2015, when he was welcomed at the airport in Niš by a state delegation headed by the then Defence Minister Bratislav Gašić and Minister of Justice Nikola Selaković.

The Humanitarian Law Center urges state institutions and public office holders to stop rehabilitating war criminals, to clearly condemn war crimes committed during the wars of the 1990s along with the policies that led to them, to respect court decisions, both of domestic courts and the ICTY, and to accord respect to all victims.