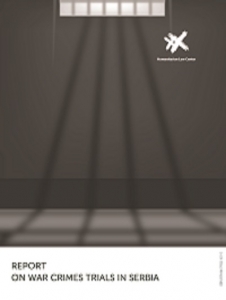 The HLC monitored all war crimes trials conducted in the territory of Serbia during 2017 and 2018 by the War Crimes Departments of the Higher Court in Belgrade or the Court of Appeal in Belgrade, including one trial conducted by a court of general jurisdiction. This comprises a total of 20 trials. The first part of the report outlines the general findings on war crimes trials conducted during 2017-2018, and the second part provides a brief overview of all cases observed in that period and the HLC’s key findings on each case.

The findings will be presented and discussed by:

The New York Times: The Shame of Serbia