Husein Mujanović should be extradited to BiH 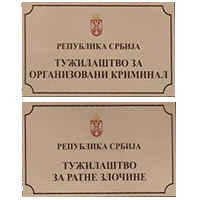 At the end of July 2018, members of the Serbian Ministry of the Interior (MUP) arrested BiH citizen Husein Mujanović on the border between Serbia and Bosnia and Herzegovina (BiH), for crimes allegedly committed in the Hrasnica camp (Sarajevo) in 1992. On December 24, 2018, The Office of the War Crimes Prosecutor (OWCP) filed an indictment against Mujanović, who is still in custody in Serbia. The Humanitarian Law Center (HLC) and the Helsinki Committee for Human Rights in Serbia believe that the obligation of the authorities in Serbia is to extradite Mujanović to the judicial authorities of BiH, whose citizen he is, and thus show their intention to promote good neighbourly relations and regional cooperation in the prosecution of war crimes.

Mujanović was arrested on the basis of a warrant that Serbia has issued, on the suspicion that in 1992, at Hrasnica, Sarajevo, as the guard at the camp, he abused Serb civilians. As Mujanović has been detained since July and the OWCP has filed an indictment against him, the Serbian judicial authorities have expressed the clear intention to try Mujanović before a court in Serbia. Although the Law on the Organization and Competence of Government Authorities in War Crimes Proceedings, from 2003, allows the OWCP to prosecute nationals of any country for crimes committed on the territory of the whole of the former Yugoslavia (the principle of universal jurisdiction), the HLC and the Helsinki Committee for Human Rights in Serbia believe that the OWCP should hand over all the evidence it possesses against Mujanović to the competent authorities of BiH, in order for him to be tried in BiH. Each country to have emerged from the disintegration of the former Yugoslavia should primarily prosecute its own citizens for war crimes committed, as it sends a message to the other countries of the region that it is ready to deal with crimes committed by its citizens and has the intention of normalizing relations in the region.

For this reason, the HLC and the Helsinki Committee for Human Rights in Serbia call on the competent institutions in Serbia to abandon the application of the principle of universal jurisdiction, which deepens the distance and mistrust between the states in the region, thereby also further hindering the effective prosecution of war crimes.