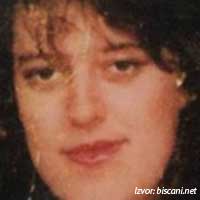 On November 26, 2018, the War Crimes Chamber of the Belgrade Higher Court issued a judgment finding Ranka Tomić, the leader of the “Petrovac Women’s Front” unit which was under the command of the Petrovac Brigade of the Republika Srpska Army (VRS), together with other members of the unit she was captain of, guilty of the torture and inhumane treatment of the war prisoner Karmena Kamenčić in mid-July 1992 in the village of Radić (Bosanska Krupa), and sentenced her to five years in prison. The Humanitarian Law Center (HLC) considers that the court rendered the right decision by convicting Ranka Tomić, but found that the sentence imposed was too mild, bearing in mind the manner in which Karmena Kamenčić was tortured and later killed.

On the basis of the testimonies of several witnesses, the court found that members of the Petrovac Brigade of the VRS captured Karmenu Kamenčić, a nurse in the 5th Corps of the Army of Bosnia and Herzegovina, not far from Radić (Bosanska Krupa, Bosnia and Herzegovina), and then handed her over to the “Petrovac Women’s Front” unit. The members of this unit, including the convicted Ranka Tomić, took Karmenu Kamenčić to the valley near the primary school in Radić, where a large number of locals had already gathered. Ranka Tomić ordered the prisoner to take off all her clothes and to start digging her own grave; then she began to beat her with a stick, while the other members of the female unit cut off her hair and cut a cross sign with a knife on her head, and then down her entire back. They then cut off the lower part of her ear with a knife, and pushed her head into cow dung, all the time beating her with a shovel all over her body. After that, members of the “Petrovac Women’s Front”, with the then minor Veselko Đukić, took Karmenu Kamenčić to a nearby hollow where they ordered her to dig her grave again; they then forced her to lie on the bottom of the excavated hole, and Veselko Đukić fired several bullets from an automatic rifle, killing her right there.

Before the Cantonal Court in Bihać, the members of the “Petrovac Women’s Front” Bora Kuburić and Radmila Banjac were sentenced to four years in prison for this crime, but the Supreme Court of the Federation of BiH reduced their sentences in 2016 to three years in prison. Veselko Đukić, who killed Karmenu Kamenčić, was not prosecuted because at the time of the murder he was a minor.

The HLC considers that the judgment the Higher Court brought in the trial against Ranka Tomić is correct, but that the sentence is too mild, bearing in mind the manner in which the crime was committed. Considering that at the time she was murdered Karmena Kamenčić was only 18 years old, that before she was killed she was subjected to humiliation as members of the “Petrovac Women’s Front” unit forced her to take off all her clothes in front of a large number of locals, that they tortured her and cut a cross onto her back, and – which was the peak of the abuse she experienced – that she was forced to dig her own grave, the position of the HLC is that the court was obliged to impose a much more severe sentence on Ranka Tomić.

Taking into account that Ranka Tomić commanded the aforementioned unit and that this position enabled her to prevent inhumane and extremely harsh behaviour, the HLC points out that a more rigorous sentence would be a more adequate response to the pain and suffering Karmena Kamenčić was exposed to before she was killed.