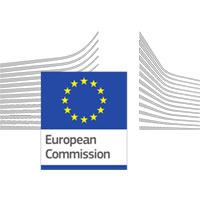 On 17 April 2018, the European Commission (EC) published the Serbia 2018 Report, which shows Serbia’s progress in meeting the political, economic and administrative criteria for joining the European Union (EU). The report reiterates that the dynamics of the negotiations depend on the quality of the reforms implemented, especially as regards establishing the rule of law and the normalization of relations with Kosovo. The EC’s assessment is that Serbia has reached a certain level of readiness to apply the acquis and European standards in the field of the rule of law, but further reforms are needed in several areas, including domestic war crimes trials. Compared to all previous EC reports on Serbia, in this report much more attention is devoted to problems in establishing criminal justice for crimes committed during the armed conflicts in the former Yugoslavia in the period 1991-1999.

The EC Report reflects recommendations provided by the Humanitarian Law Center during the preparation of this document.

The EC’s overall finding is that Serbia should demonstrate a stronger commitment to solving the war crimes legacy, foster mutual trust and reconciliation, establish an atmosphere conducive to meaningful regional co-operation, and effectively address all open issues related to war crimes. The EC warns that statements made by high-level officials, in particular, and the actions of state bodies, have a significant impact on the creation of such an atmosphere. Namely, the statements of high-ranking politicians have occasionally brought into question court-established facts about war crimes. There have been instances in which state authorities have provided public fora for convicted war criminals, as well as cases such as the appointment of a convicted war criminal as guest lecturer at Serbia’s Military Academy. For the EC, these actions represent a worrying development, and she calls on Serbia to show a readiness to face the past, an inseparable part of which is the full and unequivocal acceptance of all the judgments and decisions of the International Criminal Tribunal for the former Yugoslavia (ICTY).

The EC notes that Serbia has continued actively to support the Initiative to establish the Regional Commission for the Establishment of Facts about War Crimes and Other Serious Violations of Human Rights during the Armed Conflicts in the Former Yugoslavia (RECOM).

As stated in the Report, “the implementation of the National Strategy for the Prosecution of War Crimes has been delayed and needs to be taken forward more decisively”. The situation with the War Crimes Prosecutorial Strategy is even more unfavourable, since it has not yet been adopted. This strategy should establish clear criteria for the prioritization of cases and the timeframe for their investigation, and ensure the prosecution of those perpetrators most responsible for crimes, irrespective of their rank, the adoption of a victim-focussed approach and adequate witness protection, and strengthened inter-institutional cooperation.

The lack of an appointed war crimes prosecutor, as well as of a formal acting prosecutor, in the period from January 2016 to May 2017, additionally delayed war crimes trials that have already been rendered more lengthy, as defence counsels have used this vacuum to contest the validity of the trials which took place in the period mentioned.

Only three new indictments were filed in 2017, all of which were cases transferred from Bosnia and Herzegovina to the Serbian Prosecution. All ongoing trials cover only low-ranking military and police defendants, while indictments against high-ranking members of the security forces are still lacking. Many court hearings have been delayed, under the pretext of the medical conditions of defendants and on the basis of ill-health certificates issued by military hospitals.

Serbia has 926 cases still at the pre-investigation stage.

A prosecution database on war crimes cases has not yet been established.

A mechanism to retain judges with experience in processing complex war crimes cases is needed, while “the Judicial Academy needs to provide adequate training on war crimes”.

For the first time since 2005, the EC estimates that witness protection has been improved, owing to the signing of a protocol of cooperation between the Ministry of the Interior’s Witness Protection Unit and the Office of the War Crimes Prosecutor. The protocol regulates their cooperation in the implementation of urgent measures in relation to persons under protection during criminal proceedings. However, the EC also notes that there were no measures to ensure the improvement of working conditions for employees in the Unit for Protection, including a rectification of the lack of psychologists, as well as legislative changes in relation to the change of identity of protected witnesses.

Further efforts are required in order to address adequately the sexual violence that occurred during the armed conflicts of the 1990s.

Regarding regional cooperation, the EC expects more intense efforts from all Western Balkans countries, in order to ensure their effective support for the fight against impunity.

Lack of cooperation with ICTY

The legal framework granting social benefits to a restricted number of war crimes victims has not been amended (The Law on Civilian Invalids of War). The UN Human Rights Committee and the Commissioner for Human Rights of the Council of Europe have expressed concerns as to the discriminatory nature of this law.

Access to justice is hindered by lack of a law on free legal aid, as well as by inefficient procedures for awarding compensation through civil proceedings.

The lack of information on gravesites and difficulties in identifying the human remains exhumed so far, continue to be the key obstacles to solving the remaining cases of missing persons in the region.

As of July 2017, there were 201,047 internally displaced persons (IDPs) in Serbia. Measures taken to solve the problems of IDPs remain slow and limited. The law on permanent and temporary residence, which allows people to apply for residence at social welfare centres, needs to be implemented more consistently.

Five collective centers with 108 IDPs are gradually closing. Roma remain the most marginalised and vulnerable among the IDPs.

EVENT ANNOUNCEMENT: Press Conference regarding the Decision of the Court of Appeals in the Skočić Case

The new Executive Director of the HLC