Excess of politics, lack of evidence 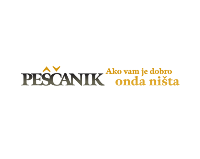 A state which doesn’t have a war crimes prosecutor for over a year wants to try war crimes indictees from the whole region. A state which doesn’t act on Interpol red notices (Momir Stojanovic, the three wanted members of the Radical party) expects extradition of citizens of other states on the same warrants. A judiciary which has never brought charges for war crimes against any senior official of our country is accusing (without evidence, as we later saw) former and current officials of neighboring countries. A judiciary which hasn’t brought charges for the crimes committed against Kosovo Albanians for three years is seeking the extradition of a Kosovo Albanian to be tried. A state which promised cooperation and assistance to the Special Court for Kosovo hinders it and meddles with its jurisdiction.

And when its unreasonable request cannot be met, it barks and cries like a child who threatens to no longer be obedient and to turn to the worse of the two (or more) divorced parents, the one in the east who’s always been more understanding of its infantile demands.

How come Ramush Haradinai wasn’t extradited to Serbia? Maybe, as Haradinai’s lawyer says, some of the judges of Colmar appellate court thought that he wouldn’t be able to get a fair trial in Serbia. In other words, that the case is too political to allow her client to be tried impartially.

Let’s look at the actions of Serbian president Tomislav Nikolic and prime minister and president-elect Aleksandar Vucic. The first one wrote to French president Francois Hollande and the other called an emergency cabinet meeting and held an emergency press conference. Both showed that, as the highest state officials, they are interested in Haradinai’s extradition, and that they need it for political reasons. Both called him a criminal and made clear that a judgment has already been made in the political circles of the Serbian state before it even had a chance to be reviewed by judicial authorities. Make no mistake, the state leadership of Serbia has addressed Haradinai’s case before, called him a criminal and made it clear that this particular court case is about politics.

The decision of French judges might have been different if the Serbian current and former prime ministers publicly talked about what happened to Albanian women and children in Suva Reka (a crime that was prosecuted in Serbia), about statements of Shyhrete Berisha on how she lost her entire family and how she had to listen to the cries of her underage wounded son after the shooting at a local pizzeria before a Serbian police officer finished him off with a single shot to the head. Or if they spoke publicly about the delay in the Trnje case and the killing of women and children in that Kosovo village, or if they demanded more efficient work of the judiciary. Or if anyone had ever heard them talk about the killing of 1,300 Bosniaks in Kravica and point to the danger that this process, after a sloppy beginning in Belgrade, would drag on indefinitely.

Maybe then the French judges wouldn’t see the statements of Serbian officials on the necessity to try Haradinai as nationalist and politically motivated. Or maybe they just concluded that the evidence of the Serbian war crimes prosecution is insufficient.

Vucic’s statement to the media after the Colmar court’s decision was full of severed ears and heads and streams of the blood of Haradinai’s alleged victims, while it was unclear what the prime minister was reading. If it was the witness statements from the investigation, then it is a direct interference with the work of investigative bodies. Former war crimes prosecutor Vladimir Vukcevic recently reminded us of the prime minister’s propensity to do so, when he read the witness statements from the investigation in the case of Naser Oric with the same passion.

Haradinai was tried in The Hague and the majority of the evidence that Serbia presented there wasn’t accepted by the court, although some government officials, like Vucic today, bragged about having an amazing quantity of high-quality evidence. Part of this evidence constituted declarations of the Albanian detainees given in Serbian police stations under torture and duress, which made it easy for the defense to discredit them. Some witnesses sent by the Serbian war crimes prosecutor to The Hague suffered a fiasco in the trial for the crimes of the KLA, especially in the Haradinai case.

Let’s also stress that, judging by the statements of Marko Djuric and Aleksandar Vucic, Haradinai is accused of the crimes for which Anton Lekai was already tried in Belgrade. Those who have followed the process did not notice any evidence pointing to Haradinai’s responsibility. The judges didn’t notice any either, as was stated in Anton Lekai’s judgment (see, for example, page 43).

Let’s make this clear, no one is arguing that Haradinai is innocent, but the chances are that his guilt could not be proven in Serbia for at least two reasons – firstly, there are too many interested (and passionate) politicians in power who want his scalp, and secondly, it’s unclear what kind of evidence against him the OWCP really has.

All Serbia can do at this moment is what it should have done at the beginning – to forward any evidence it has against Haradinai to the Special Court for Kosovo in The Hague. After all, prime minister Vucic has stated that Serbia supports the work of the court, and the parliamentary committee for Kosovo and Metohija even formed a working group which was to collect evidence of KLA crimes and forward them to the Special Court for Kosovo in The Hague. The body was formed in October 2015 and it would be interesting to hear what they have collected to date and how much they have submitted. It wouldn’t be surprising if the answer was – nothing.

Author: Nemanja Stjepanović, a researcher for the Humanitarian Law Center.