One man’s hunt for his brothers’ killers

Two weeks after the end of hostilities in Kosovo, three young Albanian-Americans who had joined the Kosovo Liberation Army (KLA) were arrested by Yugoslav police, tortured and killed. Eighteen years later, the conflict has been largely forgotten, but the men’s youngest brother continues a lonely fight for justice.

Towards the end of June 1999, Ylli, Agron and Mehmet Bytyqi (pronounced Bootoochee) were escorting a Roma family out of Kosovo to the Serbian border. It was a act of kindness. The Bytyqi brothers – whose parents knew the family well – were guaranteeing their safety up to Kosovo’s border with Serbia, since many ethnic Albanians viewed Roma with suspicion.

But near the village of Merdare, something went wrong. After straying over the unmarked border, the brothers were seized and jailed for two weeks for entering Yugoslavia without a visa. 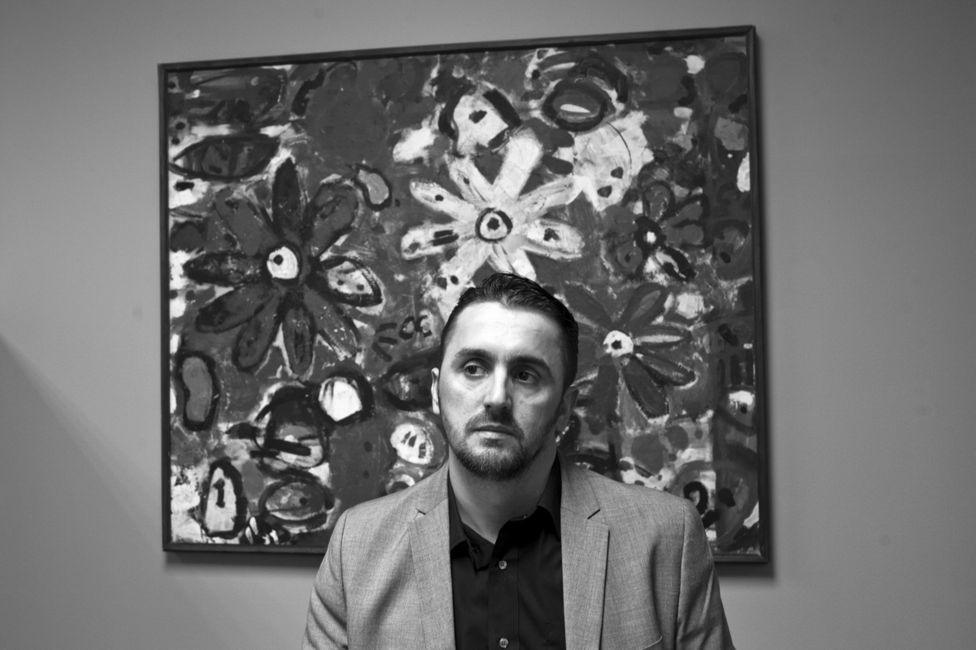 When they were released, a white car without licence plates, driven by men in plain clothes, was waiting at the jail in the town of Prokuplje. The three brothers were then driven to the base of a unit of special police in Petrovo Selo, near the Romanian border, and were not seen alive again.

This was when Fatos Bytyqi’s search began.

While his brothers were American citizens, born in Illinois, Fatos was born after his parents returned from the US to Prizren, in what was then Yugoslavia, in 1979. He was 19 when Ylli, Agron and Mehmet joined the Atlantic Brigade – a group of some 400 American citizens who left in April 1999 to join the fight for Kosovo’s independence from Serbia.

The brothers arrived too late to do much fighting, as by mid-June a Nato bombing campaign had led to the withdrawal of Yugoslav forces from Kosovo, and their replacement by Nato peacekeepers. The three Bytyqi brothers were nonetheless members of the KLA. On the day they were arrested they were carrying KLA dogtags as well as New York driving licences, and one theory is that they may have been suspected of spying.

In the weeks after their disappearance, a human rights group in Belgrade succeeded in obtaining papers documenting the brothers’ release from the prison. Later, Fatos visited Prokuplje with his mother, where he learned about the white car. But it took another two years for the brothers’ fate to become clear.

In July 2001 their bodies were found at the top of a mass grave in Petrovo Selo along with other Kosovan Albanians. They had been blindfolded, their hands tied with wire behind their backs, and shot in the head. According to an FBI agent who spent six years investigating the case, their skin showed the marks of electric shocks, indicating torture.

Today, the 37-year-old Fatos is the manager of a 7-Eleven convenience store in Hampton Bays, on Long Island, just outside New York city, where his brothers lived before the war. Two were of them were painters, one a pizza-maker. A fourth brother, Ilir, stayed behind to continue earning money to support the family. Softly spoken, with a neat black goatee, Fatos leaves his shop behind roughly once a year to travel to Serbia, where he meets the prime minister, chief war crimes prosecutor, interior minister and other top officials, to urge them to step up efforts to find and prosecute his brothers’ killers.

Investigations have been conducted out both by Serbian war crimes investigators and by the FBI. But most of this work was done years ago and the world has since moved on. The International Criminal Tribunal for the Former Yugoslavia is being wound down, Serbia is negotiating its membership of the European Union and the US institutions that once leaned on the Serbian authorities have eased off.

Only Fatos refuses to give up.

Invariably the officials he meets in Belgrade urge him to remain patient, and promise that there will be progress soon.

“When they see me, it’s not like they are really feeling bad. If they were they would have taken care of this a long time ago,” he says.

“Sometimes the ministers don’t let me finish my questions. They interrupt and say that I don’t understand.”

“To work on war crimes against your brothers you have to be beyond patient,” says his brother, Ilir, who helps him research the case, but leaves most of the public relations to Fatos.

“Dealing with all these government people [in the US] and especially in Serbia, who just tell you what you want to hear – that can easily set you off.”

It is clear that the perpetrators of the crime were among a limited number of people with access to the base of the special police unit at Petrovo Selo, where the Bytyqis were executed and buried.

To date, only two men have been tried – Sreten Popovic and Milos Stojanovic, who transferred the brothers in the white car from the jail in Prokuplje to Petrovo Selo. Charged with aiding and abetting a war crime, they were acquitted once in 2009 and again at a retrial in 2012, on the grounds that they played only a minor role, and that it could not have been a war crime because the war was over by the time the brothers were arrested.

Fatos Bytyqi is convinced that one man is the key to the case, retired general Goran Radosavljevic – nicknamed “Guri”, meaning “stone” in Albanian – who was the commander of the Petrovo Selo base. He says he was away from the base at the time of the murders, though at least one of his former staff disputes this.

Radosavljevic is a powerful man. He went on to head Serbia’s special police forces, or gendarmerie as they were renamed. Later he set up a security firm, training foreign troops. Today he is a respected businessman and a member of the executive board of the Serbian Progressive Party – the party of President Tomislav Nikolic and Prime Minister Aleksandar Vucic.

Serbian officials often attribute the paralysis of the Bytyqi case to the difficulty of getting witnesses to talk. Fatos Bytyqi notes bitterly that it will be hard to convince anyone to testify against a man who appears on television standing next to the prime minister.

On his most recent visit to Serbia, last autumn, the ever-patient Fatos shows signs of frustration.

“When the US diplomats meet Serbian officials they say, ‘What’s new on the Bytyqi case?'” he says, interpreting this as a sign that they do not keep up the pressure when he is not there.

“They should be saying, ‘You killed my three citizens!’

“They see the prime minister all the time, they should raise the case. I have to travel 10 hours to come here and plan how to make the embassy work closer with the Serbian interior ministry.”

US diplomats declined to comment. But in 2014 the then deputy chief of mission, Gordon Duguid, pointed to a number of reasons why no-one had been indicted for the murders – the slow transition from strongman rule in Serbia to the rule of law, the continuing resistance to normalising relations with Kosovo, and the reluctance of some Serbs to come to terms with happened in the war.

On one evening in Belgrade, Fatos sits down in the office of the Humanitarian Law Centre (HLC) to watch a documentary about the case, broadcast on Serbian television to coincide with his visit. It’s called Collective Amnesia.

The centre’s 70-year-old founder Natasa Kandic, a flinty human rights campaigner and a longstanding supporter of Fatos, praises him for “fighting against the silence”.

But what are the chances that he will ever be successful? Prime Minister Vucic said in 2015 that the case would be resolved “sooner than you’d think”. Others argue that Serbia will have to tackle some big war crimes cases before closing its EU accession process.

The Bytyqis’ pro-bono lawyer, Praveen Madhiraju, thinks another prosecution is likely, but that it is less likely to be a serious prosecution of a high-ranking figure.

Out of 170 convictions achieved by the Serbian war crimes prosecutor’s office in its 13 years of its existence, all but six were of foot-soldiers following orders, points out the head of the legal programme at the HLC, Milica Kostic.

“A miracle needs to happen,” she says. “There is very little hope.”

But Fatos Bytyqi nonetheless has hope that justice will be done. He puts his faith in God. At some point, he says, it will happen.

All photos by Marko Risovic. Work on this story was supported by the Center for Investigative Reporting.