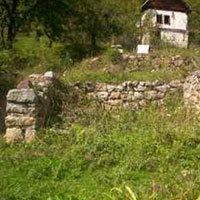 On February 18th, 2017, it was 24 years since members of the then Yugoslav Army (VJ) attacked and destroyed by shelling the village of Kukurovići in the municipality of Priboj (Serbia), in which the majority of the population were Bosniaks, and killed three villagers. The Humanitarian Law Center (HLC) and the Sandžak Committee for the Protection of Human Rights and Freedoms (Sandžak Committee) use this opportunity to remind the public that even after 24 years, the state of Serbia does not accept responsibility for the crime and refuses to punish the perpetrators and compensate the victims’ families and those residents of Kukurovići whose property was destroyed.

The village of Kukurovići is located on the border between Serbia, Montenegro and Bosnia and Herzegovina, in which there was a state of armed conflict at the time. What preceded the attack on the village was the positioning of members of the VJ Užice Corps on the surrounding hills, as well as the abuse, looting and intimidation of its citizens which had lasted for months and which led to a great number of them leaving this area. On February 18th, 1993, members of the VJ launched an infantry and artillery attack on Kukurovići. The remaining citizens ran away from the village, whilst their property was destroyed and burnt down. When several citizens returned to the village two days after the attack, they found ashes, dead cattle, and the bodies of three older persons – Uzeir Bulutović, Mušan Husović and Fatima Sarač – inside the burnt houses. In April that same year, when there were no residents left in the village, another eight houses were burnt down.

Even though the responsible authorities came out to the scene immediately and conducted an inspection, none of the residents of Kukurovići were examined and no one has been held accountable for these crimes to date. In October 2006, the HLC filed a criminal complaint against unidentified members of the VJ Užice Corps, and the Užice District Public Prosecutor’s Office forwarded the investigation of this case to the Office of the War Crimes Prosecutor. The case is still, ten years later, in the investigation phase.

In 2007, the HLC filed and initiated a compensation lawsuit on behalf of the expelled citizens against the state, claiming compensation of material damage because of the destruction of their property. In the interim judgment delivered by the Higher Court in Belgrade in 2013, the court established that the state of Serbia was responsible for the war crime in Kukurovići, which was the first judgment establishing the responsibility of the state for a war crime committed by members of the Serb forces on the territory of Sandžak during the 1990s. However, the Court of Appeal in Belgrade annulled this judgment in 2014 and sent the case back for a retrial. After the repeated trial, the Higher Court took a completely different stance compared to what it had concluded before. It stated in the reasons for the judgment that it held the testimonies given by the residents were credible except in the part in which they claimed that the Army of the Federal Republic of Yugoslavia destroyed the property in question, since “they were not present at the scene of the events at the moment of the destruction of the property in question”. In addition, the court pronounced that the claims contained in the lawsuit were time-barred due to the statute of limitations. The Court of Appeal confirmed the said judgment in November 2015 and the case has been pending procedure before the Constitutional Court of Serbia ever since.

In a separate case, the daughters and the son of the late Mušan Husović demanded that the state pays them compensation of non-pecuniary damage because of the emotional pain they suffered owing to the killing of their father. After their lawsuits were dismissed as time-barred, the Constitutional Court dismissed their constitutional complaints and thus confirmed the judgments of the courts of the lower instance. Unfortunately, the European Court of Human Rights dismissed the application filed by family members of Mušan Husović in November 2016,explaining such a decision by the fact that the events at hand took place in 1993 when the European Convention for the Protection of Human Rights was not in effect in Serbia. The European Court focused on this fact only, and refused to discuss the alleged violation of the right to a fair trial by domestic courts suffered by Mušan Husović’s family members. The European Court showed a similar practice of taking the side of a state signatory to the Convention against victims alleging serious violations of fundamental human rights in proceedings initiated against Serbia.

Not a single citizen of Kukurovići has been granted the status of a civilian victim of war. The now applicable Law on Rights of Civilian Invalids of War excludes them, like many other categories of victims, from the scope of persons eligible for the already very modest support prescribed by this law. Besides the fact that there are a certain number of them who were forced to leave Kukurovići and settle in Montenegro or in Bosnia and Herzegovina, because of which they are not eligible anymore to file a request based on this law, the law itself does not encompass instances of the destruction of homes and expulsions, and nor does it recognize victims who suffered at the hands of members of forces which Serbia does not consider as ennemy forces, the VJ in this particular case.

The only positive move made by the state is reflected in the adoption of the “Programme for the return of refugees and displaced Bosniaks from the municipality of Priboj in the period 1991-1999”, which provides for the reconstruction of the destroyed houses and infrastructure. However, the funding for this project was allocated in the state budget until 2015, after which it was not implemented anymore and therefore did not achieve the complete reconstruction of all the houses destroyed in the given time period.

The HLC and the Sandžak Committee call upon the responsible state institutions to put an end to this non-action as regards the prosecution of the perpetrators of serious crimes committed in the 1990s coming from the police and the army, in the name of full respect for the rights of all the citizens of Serbia; to withdraw from discriminatory and wrongful application of legal and procedural provisions to the detriment of victims, of which the case of Kukurovići still represents a striking example; and finally, to fully carry out its duties as undertaken by the Programme for the Return of Refugees and Displaced Persons from the Municipality of Priboj.