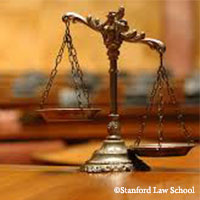 On January 19th, 2017, the Steering Committee of the Bar Association of Belgrade (BAB) denied the request filed by the former War Crimes Prosecutor, Mr. Vladimir Vukčević, for registration in the Directory of Attorneys-at-Law, assessing that he is unworthy of membership. The Steering Committee of the Bar Association of Belgrade stated that, as the War Crimes Prosecutor, he did not engage in his duty professionally, and also criticized him for allegedly not prosecuting sufficiently the cases in which Serbs were victims and for allegedly allowing the Founder of the Humanitarian Law Center (HLC), Ms. Nataša Kandić, to take „absolute power in the Office of the War Crimes Prosecutor“. The HLC points out that this Decision rendered by the Steering Committee of the BAB in its capacity of public authority is illegal and that such an interpretation of „worthiness“ represents explicit pressure on the current and future representatives of this independent profession.

The Legal Profession Act (Article 6 Para 2) prescribes that an applicant shall not be considered trustworthy for the legal profession if by her or his life and work one may conclude, in accordance with  generally accepted moral standards and the Code, that s/he would not consciously [sic] engage in the legal profession and preserve its reputation; whilst the Bar itself is authorized to estimate  compliance with the requirements for registration in the Directory of Attorneys-at-Law (Article 6 Para 3 of the Law).

The HLC emphasizes that the legal provision referred to herein, which gives a discretionary power to the Bar Association to assess the worthiness of a candidate for engaging in the legal profession, is not clear enough and that therefore it implies their obligation and responsibility  to be particularly careful when explaining their reasons for applying this legal provision. Simply stating unclear legal provisions or  offering arguments such as that „he did not execute his duty of War Crimes Prosecutor professionally“, cannot be considered an example of sufficient reasoning but rather of an excess of discretionary powers invested in certain bodies. Such an action undertaken by the Steering Committee of the BAB represents a serious violation of Article 32 of the Constitution of the Republic of Serbia and Article 6 of the European Convention for the Protection of Human Rights and Fundamental Freedoms. The European Court of Human Rights has discussed the issue of the manner in which discretionary powers invested in certain bodies are enforced, in its case of “Milojević and Others v. Serbia” (application 43519/07, 43524/07, 45247/07, judgment delivered on January 12th, 2016). This judgment explains that a legally defined discretionary power does not allow institutions to act arbitrarily, but requires rather that they offer a reasoning for their decisions with due diligence and in detail.

Furthermore, the HLC stresses that the BAB was motivated by political rather than legal reasons when making this decision and thus grossly violated the public powers invested in it, and also undermined the foundations of advocacy as an independent profession. The remark that he did not prosecute sufficiently those cases in which Serbs were victims clearly shows the standpoint of the BAB, which is that justice should be selective and that Vukčević was to be expected to accommodate his duty as Public Prosecutor to current political interests, which represents a blatant violation of the Criminal Procedure Code (particularly Article 6, regulating the principle of the legality of criminal prosecutions).

The fact that the BAB did not discuss the issue of worthiness for engaging in the legal profession  when it decided on the requests for registration in the Directory of Attorneys-at-Law filed by some other candidates, such as Rade Bulatović, former Director of the Security and Intelligence Agency (BIA), who had been involved in a series of affairs, including his arrest during “Operation Sabre” after the assassination of Prime Minister Zoran Đinđić, or Goran Petronijević, whose trustworthiness had been subject to an assessment before the International Criminal Tribunal for the Former Yugoslavia, only shows that the BAB uses its powers to feud with political opponents. Apart from this, the President of the BAB confirmed that the majority of members of the BAB Steering Committee were guided by patriotic rather than professional criteria when deciding on Vladimir Vukčević’s membership request.

An indicator of what kind of “worthiness” is expected from representatives of the Judiciary is also visible in the appointment procedure for the former Investigative Judge from Priština, Ms. Danica Marinković, to the Republic of Serbia Anti-Corruption Agency Committee. The Members of Parliament coming from the ruling party pointed out in their statements regarding her appointment that she was an “honourable woman” exclusively because “she was present at every place where she was needed to help the Serbian people”. On the other hand, no one mentioned – which in no way means that it was not taken into consideration – the fact that she was a representative of the Serbian judiciary at the time of the government repression against Kosovo Albanians. Among other things, her signature is to be found on all statements extorted from Albanians  in Serbian prisons under police repression, and there are some indications that she at the very least concealed investigations of crimes in which Albanians were victims.

As for the accusations regarding its Founder, the HLC highlights that they are quite clearly unfounded. Ever since the specialized bodies were established in Serbia, the HLC has been advocating for a greater efficiency in the prosecution of war crimes through the monitoring of war crimes trials and the work of the Office of the War Crimes Prosecutor, by offering its expertise, filing criminal complaints and delivering and proposing evidence. In line with its Mission, which is the establishment of the rule of law in a post-conflict society, the HLC has been helping the responsible state authorities and criticizing them at the same time, and will continue doing so in the future.

Sentences for rape of Roma women from Skočić too mild