ELECTION CAMPAIGN IN SERBIA GREATEST THREAT TO PEACE IN REGION 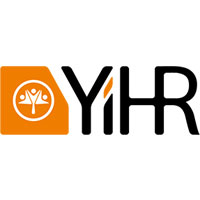 With regard to the announced appearance of a war criminal, Veselin Šljivančanin, at a Serbian Progressive Party rally, civil society organizations demand that the ruling political parties stop putting the match to nationalism as electoral fuel, and establish responsibility for preserving and improving peace in the region as their first priority.

These organizations demand that the rally scheduled for Tuesday, January 17th in Beška be cancelled. Republic of Serbia officials are also expected to take a distance from all individuals convicted of war crimes; otherwise, they would be showing clear support for criminal policies and utter disrespect for victims of war crimes.

The activities of the ruling coalition and President Tomislav Nikolić as part of the election campaign are aimed at starting a crisis in the region which has already produced catastrophic consequences. The celebration of January 9th, with the attendance of Government members, the speech delivered by President Nikolić in Banja Luka, and the official reception of Momčilo Krajišnik afterwards, during which Krajišnik made a slip in which he confirmed the continuity of Nikolić’s policy with the policy of Slobodan Milošević, have frozen relations between Belgrade and Sarajevo to their lowest point in the past several years. After the month of December, which was dedicated to the violation of relations with Croatia, what ensued in the month of January was a diplomatic attack on Macedonia and Montenegro. As a culmination of Serbia’s aggressive regional policy, a crisis was caused with the Belgrade-Mitrovica train, the consequences of which are still unforeseeable.

Veselin Šljivančanin, a JNA Mayor who was in charge of security, was accused of the inhumane treatment, torture, murder and extermination of the Croat and other non-Serb population who had sought shelter in Vukovar Hospital following the fall of Vukovar on November 18th, 1991. He was found guilty and sentenced to ten years of imprisonment in 2010 for aiding and abetting torture, in a final judgment for crimes which were committed on November 20th, 1991 at the Ovčara Farm.

Our organizations use this opportunity to warn the public that there is no such notion as “former convicted war criminal”. The fact that Šljivančanin served his prison sentence does not change the findings presented in the judgment, which confirm his responsibility for the events in Vukovar in 1991. Instead of a Government which organizes such rallies, Serbia needs a government which is ready to establish a clear distance from warmongering manifestations and to take responsibility for the contribution to peace and stability in the country and in the region.