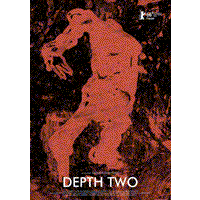 “Depth Two” is a low-budget, documentary Film about a mass gravesite found in Batajnica in 2001, in which the bodies of Kosovo Albanians, civilians who were killed during the war in Kosovo, were found. The Film is a combination of live testimonies and photographs of the places where these crimes were committed 17 years ago. In an attempt to identify, clarify and give voice to these stories, which have been covered by a veil of silence, the Film directly invokes events, imagination and emotions of viewers.

The author of the Film is Ognjen Glavonić, and it was produced by Non-Aligned Films and the Humanitarian Law Center (HLC). The premiere of the Film was at the 66th Berlin International Film Festival in February 2016, and after this it was screened at festivals in Thessaloniki and Wiesbaden. Before Novi Pazar, the Film has been screened in Pančevo, Subotica, Niš, and Čačak, as well as in Prishtina and Belgrade, during March, April and May.

The Film is part of the Batajnica Memory Initiative, launched for the purpose of creating a Memorial for the victims found in Batajnica.

A discussion with the Film’s crew will be organized following the screening of the Film.