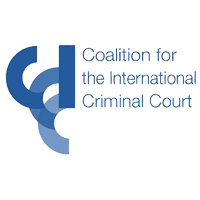 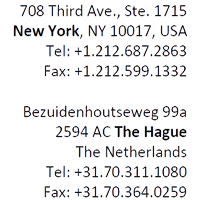 H.E. The President of the Republic of Serbia

General Secretariat of the President of the Republic of Serbia
Andrićev venac 1, 11000 Beograd, Serbia

I am writing to you on behalf of the Coalition for the International Criminal Court—a global network of over 2,500 civil society organizations in 150 countries—to express dismay at the honor extended to an ICC fugitive, Sudanese President Omar al-Bashir, by decorating him with the Medal of the Republic of Serbia on the occasion of celebrating the Serbian Day of statehood.

As you are aware, President al-Bashir is subject to two outstanding arrest warrants issued by the ICC in 2009 and 2010 on charges of war crimes, crimes against humanity, and genocide committed in Darfur, Sudan. These arrest warrants resulted from UN Security Council Resolution 1593 (2003) which referred the situation in Darfur to the Court – a situation the Security Council deemed a threat to international peace and security – and urged all UN members to fully cooperate with the ICC. According to United Nations reports, approximately 300,000 people were killed, and over two million people were forced to leave their homes between 2003 and 2008, as part of the Government of Sudan’s counter-insurgency campaign in Darfur.

In authorizing the arrest warrants for al-Bashir, the independent ICC judges agreed that there are substantial reasons to believe al-Bashir is responsible for the alleged crimes.

The ICC represents one of the most significant opportunities to address these major and devastating crimes and to contribute to restoration of peace in the region. However, the success of the ICC depends on the strong support of those who brought it into existence: governments.Your government joined the ICC on behalf of the Serbian people – Serbia is now bound to uphold the unequivocal commitments set out in the Rome Statute to bring to justice perpetrators of crimes that shock the conscience of humanity.

Awarding a medal of honor or merit to an individual subject to ICC arrest warrants is directly contrary to the spirit and purpose of the Rome Statute to end impunity for grave crimes and bring justice to victims.

The award lends credibility to President al-Bashir as it praises his behavior as leader while, at
the same, this behavior is precisely under consideration at the ICC. It conveys a message of
indifference and disregard for victims of alleged crimes and their families.

Moreover, Assembly of States Parties Resolution ICC-ASP/13/Res.3 of December 17, 2014 urges
ICC states parties, among which Serbia, to “avoid contact with persons subject to a warrant of
arrest issued by the Court, unless such contact is deemed essential by the State Party.” While the
resolution does not define what constitutes an essential contact, contact in the form of
conferring a medal of honor to individuals subject to outstanding arrest warrants is undoubtedly
inconsistent with the concept of essential contacts. The same ASP resolution also provides for
states parties to “on a voluntary basis, advise the ICC of their own contacts with persons subject
to a warrant of arrest,” on occasions they deemed to be essential. For European Union (EU)
member states, a specific EU policy on avoiding non-essential contacts is also in effect.1

We call on you to reconsider the awarding of the Medal of the Republic of Serbia to al-Bashir,
which demeans the medal itself as well as the ICC. We further call on you to uphold your legal
commitments set out in the Rome Statute to cooperate with the Court to ensure that al-Bashir is
arrested so that he can face justice.

If you have any questions, please contact me at pace@coalitionfortheicc.org.

The Coalition looks forward to continuing to work with your government in the future as well as
with the ICC and all states toward ending impunity for genocide, crimes against humanity and
war crimes, regardless of where or by whom they are committed.