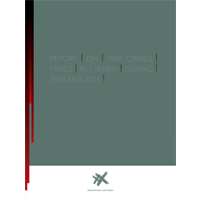 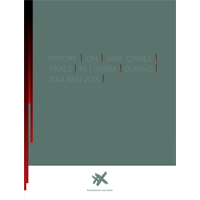 The efficiency of the work of the Office of the War Crimes Prosecutor and the effects of the regional cooperation, as well as the process of election of the new War Crimes Prosecutor; the prosecution of “politically sensitive” cases and political impacts on the work of the Prosecutor’s Office and effects of the Serbia’s accession to the European Union negotiations on the prosecution of war crimes are being analyzed in the  overview of general findings and social and political context. This part of the Report also presents the work of the Department for War Crimes and courts of general jurisdiction in the penal policy sphere, the application of international law, anonymization of judgments and the length of proceedings, as well as the procedures for transferring judges from the war crimes department and the consequences of such deicions for the procesution of war crimes.