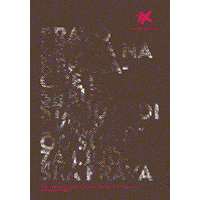 For societies that have experienced periods of massive human rights violations, the issue of reparations for victims is one of the most important elements for the establishment of the rule of law and creating solidarity and a human rights culture.

The Republic of Serbia was involved in all the large-scale conflicts of the 1990s, during which its forces committed mass crimes. With a large number of refugees and victims of crime from other countries who now live in Serbia, the country is faced with the biggest challenge of ensuring fair reparations for victims of crimes committed in the former Yugoslavia. According to rough estimates, there are about 20,000 people living in Serbia who, as civilians, were either direct victims of war-related violence or lost an immediate family member who did not take part in hostilities. While it is not possible to estimate with accuracy the number of victims from other countries who are entitled to claim reparations from Serbia, it definitely exceeds 20,000.

The obligation of the Republic of Serbia to provide reparations to victims of human rights and international humanitarian law violations committed in the 1990s emanates from the international human rights conventions that Serbia ratified, and from the Serbian Constitution, which provides for the state’s responsibility for the harm caused by the conduct of its bodies.

Victims who wish to claim reparation may do so either through judicial proceedings against the Republic of Serbia or under the Law on the Rights of Civilian Invalids of War. The Criminal Procedure Code provides for a third mechanism, which is available to injured parties in criminal proceedings – restitution claims – but this mechanism is not used in practice at all.

This report gives an overview of the legal norms regulating the exercise of the right to reparation and their application in practice by the courts and administrative authorities in Serbia, and analyses these norms against the standards set by the European Court of Human Rights. The key findings of the report are that the judicial and administrative authorities in Serbia are violating the right of victims to reparations, and that the rulings handed down by these bodies in reparations proceedings constitute violations of the rights guaranteed by the European Convention on Human Rights, notably the prohibition of torture, degrading and inhumane treatment, the right to life, the right to a fair trial and the prohibition of discrimination. Because of the judicial and administrative authorities’ failure to comply with the European Convention on Human Rights when adjudicating on the rights of victims of gross human rights abuses, the right of victims to receive reparations in Serbia is in practice unrealizable, if not illusory.

The report „Victims’ Right to Reparation in Serbia and the European Court of Human Rights Standards“ available here.

List of Items Discovered in Mass Graves in Serbia