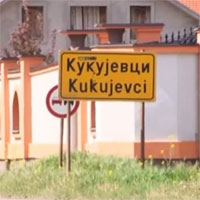 The First Basic Court in Belgrade delivered a first instance judgment upholding the lawsuit filed by Stjepan Oskomić from Kukujevci in its entirety, and ordering the Republic of Serbia to pay the amount of 1,000,000 RSD in compensatory damages for the ethnically motivated murder of his parents Agica and Nikola Oskomić, which was committed in July 1993 in Kukujevci (the Municipality of Šid). The Humanitarian Law Center (HLC), which represents Stjepan Oskomić in this case, states that, after more than nine years of proceedings, justice has finally been served by the judgment delivered in this case, and the responsibility of the state for serious ethnically motivated violations of human rights has been established correctly and in line with domestic and international law.

On the night of July 29th and early morning of July 30th, 1993, in the village of Kukujevci in Srem, Goran Vuković and Pavle Drašković, members of a volunteer unit from Serbia which participated in the wartime operations as part of the Republic of Srpska Krajina Army, forced their way inside the house owned by the Oskomić family. They found Stjepan’s parents, Nikola (53) and Agica (50) inside the house, together with Agica’s aunt, Marija Tomić, who was eighty-seven years old at the time. Vuković and Drašković handcuffed and beat the persons they found inside the house, after  which they brutally murdered them by shooting them in the head with a pistol.

The HLC filed a lawsuit in 2006 against the Republic of Serbia on behalf of Stjepan Oskomić, for compensation of non-pecuniary damages, because of the responsibility of the state in its failure to prevent these acts of violence, as prescribed by Article 180 of the Law of Obligation (ZOO). The First Basic Court delivered a judgement in 2012 dismissing the compensation lawsuit, including in the statement of reasons that the statute of limitations established for the filing of such claims had expired. However, the Court of Appeals in Belgrade quashed this judgment in March 2015, claiming that the first instance court did not apply the provisions of ZOO in a proper manner – that is to say, it was obliged to apply the extended statute of limitations deadlines as prescribed by Article 377 of this Law, which are applied in cases of damages caused by the commission of a criminal offence.

In accordance with the directions given by the court of the second instance, the First Basic Court repeated the proceedings and found that, since the damage has been caused by the commission of a criminal offence, there was an extended statute of limitations deadline prescribed for the filing of the compensation lawsuit, and that therefore this claim has not been affected by the statutory limitation.

The HLC emphasizes that this is the first judgment granting compensatory damages in cases of crimes committed against Croat citizens in Serbia in the early 1990’s. The murder of the Oskomić family represents a part of the series of ethnically motivated criminal offences committed against Croat citizens of Vojvodina in the period 1991–1993. During this period, cases of murder, beating and abuse, as well as threats, planting of bombs and arson have been documented, with all of these crimes committed for the purpose of putting pressure on Croats from Vojvodina to move to Croatia. The chief inspiration for these events was found among members of the Serbian Radical Party and other nationalist parties, as well as certain Serbs from Croatia. The International Criminal Tribunal for the Former Yugoslavia (ICTY) has filed an indictment against Vojislav Šešelj with regard to these events, charging him, among other things, with planning, ordering, instigating, executing and otherwise aiding and abetting in the planning, preparation or execution of persecutions of the Croat civilian population in parts of Vojvodina. Victims have personally testified before this Court about the details and the scope of the persecution, whilst demographic experts have testified about the consequences of these events.

Office of the War Crimes Prosecutor is Politically Influenced: The Case of Ethnic Albanians in Bujanovac