Court of Appeals in Belgrade: Responsibility of the state for the murder of Croats from Vojvodina not affected by the statute of limitations 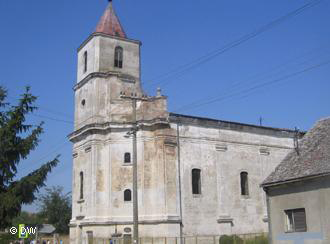 The Court of Appeals in Belgrade has rendered a ruling (available only in Serbian) upholding the appeal filed by Stjepan Oskomić against the judgment of the Basic Court in Belgrade in the lawsuit against the Republic of Serbia, on account of of the responsibility of the state in the murder of his parents, a crime committed in July 1993 in the village of Kukujevci, and has remanded the case for a new trial. The Humanitarian Law Center (HLC), in its capacity of representative of Stjepan Oskomić in this lawsuit, holds that the ruling of the Court of Appeals is just and in accordance with the law, and that it clearly points to the errors in the actions of the first instance court in the case at hand, which has been pending for nine years now.

Goran Vuković and Pavle Drašković, members of a volunteer unit from Serbia which participated in the armed conflict as part of the Republic of Srpska Krajina Army, forcibly broke into the house of the Oskomić family on the night of July 29th and early morning of July 30th, 1993, in the village of Kukujevci in Srem (the Municipality of Šid). They found Stjepan’s parents, Nikola (53) and Agica (50) Oskomić, and an eighty-seven-year-old lady Marija Tomić, Agica’s aunt, in the house. Vuković and Drašković tied up the people they found in the house and beat them, and then they brutally murdered them by firing from a pistol to their heads.

The HLC filed a lawsuit for the compensation of non-material damages, on behalf of Stjepan Oskomić against the Republic of Serbia, because of the state’s responsibility for its failure to prevent acts of violence, as defined by Article 180 of the Law on Contracts and Torts. The First Basic Court rendered a judgment in 2012 (available only in Serbian) dismissing the lawsuit, applying general time limits for filing lawsuits for compensation of damages, which is three years from the day of obtaining knowledge about the damages or five years from the day the damages occurred. The Court erred in applying Article 377 of the Law on Contracts and Torts, according to which the statute of limitations for claiming damages caused by the commission of a criminal act expires with the expiration of the statute of limitations for the criminal prosecution of the criminal offence, in the commission of which the damages occurred. The first instance court held that these longer time limits may only be applied for a claim towards the perpetrator of the act and not towards the responsible person – i.e. the state, in the case at hand.

The Court of Appeals in Belgrade, acting upon the appeal filed by the HLC’s attorney, established that the first instance court erred in the application of the provisions of the Law on Contracts and Torts. The Court of Appeals correctly pointed to the stance of the Constitutional Court expressed during the session held on July 7th, 2011, according to which “the statute of limitations for the claim for damages filed against any responsible person/entity, and not only the wrongdoer, expires when the statute of limitations set for the criminal prosecution of the act expires, only if the existence of the criminal act has been established by the final judgment and the accused has been found guilty of the criminal offence in question” [italics added by HLC].

The HLC expresses its hope that this decision of the Court of Appeals in Belgrade will represent a turning point in the existing practice of the courts in Serbia, which as a rule interpret legal provisions for the purpose of protecting the state from responsibility for serious violations of human rights committed during the 1990’s, to the detriment of the rights of the victims and establishing of justice and responsibility. By such actions, the courts in Serbia violate both the obligations that the state has undertaken by ratifying the relevant international conventions for the protection of human rights, and international standards on the rights of victims of serious violations of human rights to reparations.