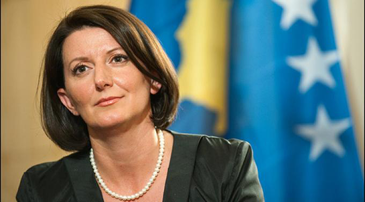 On the occasion of celebrating the seventh anniversary of the independence of Kosovo, President Atifete Jahjaga awarded medals to individuals, who gave extraordinary contribution to the development of Kosovo in various time periods and in various fields.

The founder and a member of the Steering Board of the Humanitarian Law Center, Nataša Kandić, is amog these individuals. She received “Mother Theresa” Medal , which is awarded for the contribution in humanitarian issues.

Human Losses in Wars in Former Yugoslavia: Victims Should Be Remembered By Names Not By Numbers