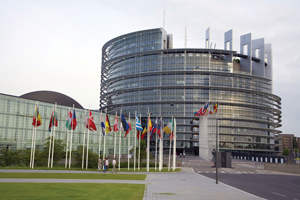 The Humanitarian Law Center (HLC) has submitted an amendment to the European Parliament Draft Motion for the Resolution on the 2014 Progress Report on Serbia (2014/2949(RSP)). It contains a recommendation for the reform of the rule of law, with the purpose of stimulating a comprehensive process of dealing with the legacy of the crimes committed, and of advancing regional cooperation and the reconciliation process in the Western Balkans.

The HLC holds that the Resolution should emphasize the importance of trials before courts in Serbia as the only mechanism for establishing criminal justice for the crimes committed, following the completion of the work of the Hague Tribunal. Efficient prosecution of war crimes is primarily obstructed by the lack of clear political support for national war crimes trials and by the insufficient functionality of certain mechanisms, such as witness protection.

The habitual practice of denying the rights to the victims of war crimes and their family members emerges as a separate problem. Due to the inadequate legal framework, and because the courts routinely reject victims’ rights to compensation, most victims are denied even the very basic rights guaranteed to victims of human rights violations according to internationally adopted standards.

Even after solemnly declaring its commitment to establish a stable state with strong rule of law, Serbia has not done much in implementing measures that would ensure non-recurrence of such crimes. This is based on the fact that some of the individuals involved in the commitment of serious human rights violations during the wars in the former Yugoslavia are still employed in civilian and state security agencies and are often in a position to obstruct efforts to establish the facts about the war crimes.

The HLC has also pointed to the fact that no progress has been made in the search for missing persons, since Serbian institutions took over from the Hague Tribunal the search for concealed locations containing missing persons. The key issue of opening military and police archives as an important prerequisite for finding the missing persons has never been tackled either.

In the end, in anticipation of an upcoming decision on the creation of RECOM, the HLC called the EP to continue to support the leaders of the states of the former Yugoslavia to persevere in their efforts to institutionalize such a regional commission.

Posted On 20th Dezember 2017 ~ Comments Off on Presentation of the Initial Report on the Implementation of the National Strategy for the Prosecution of War Crimes and the Public Opinion Survey on Public Attitudes about the Wars of the 90s
U ponedeljak, 18. decembra 2017. godine, na konferenciji koju su organizovali Fond za humanitarno pravo (FHP) i dnevni list „Danas“, predstavljeni su Prvi izveštaj o sprovođenju

Students of the “Hands on the Balkans” Programme Visit HLC

Posted On 28th August 2014 ~ Comments Off on Students of the “Hands on the Balkans” Programme Visit HLC
U subotu, 23. avgusta 2014. godine, Fond za humanitarno pravo (FHP) posetili su polaznici programa Hands on the Balkans u organizaciji Centra za Demokratiju i