Coalition for RECOM: Finding the bodily remains of ‘the missing’ is a cornerstone in the development of a public culture of memory of the past 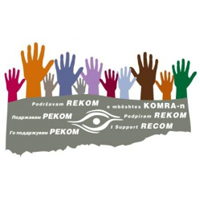 Some 23 years after the outbreak of the war in the former Yugoslavia, the bodies of 13,000 victims remain unaccounted for. On the occasion of the International Day of Missing Persons, the Coalition for RECOM calls on the governments of the post-Yugoslav countries in the region, national commissions and other competent bodies to confirm that the discovery of the bodily remains of involuntarily missing persons is a priority, and a key element of their regional cooperation. In so doing, they will lay a cornerstone in the development of a public culture of memory of their common past.

The failure to discover the bodies of 13,000 victims, 23 years after the outbreak of the war in the former Yugoslavia, is clearly a direct outcome of negative policies towards the development of public memory of the dead by the region’s governments.

“Bodily remains are an essential physical symbol with which to remember the victims,” says the Canadian historian Max Bergholz. He adds: “The physical presence of bodies alone, gives the living the power to demand that the dead should be remembered.” Where there are no bodies, there are no burials, no religious services in cemeteries, and no graves. Where there are no graves, there is no public memory, so the dead are remembered only by their families.

There are still 9,643 people from Bosnia and Herzegovina, 1,711 from Kosovo and at least 1,600 from Croatia whose fate has remained unclear for more than 20 years.

The Coalition for RECOM is deeply committed to the development of a public culture of memory of the victims, which includes the discovery of the bodily remains of the victims and the right of their families to bury their dead with dignity.