Court does not recognise former Croatian POWs’ right to redress 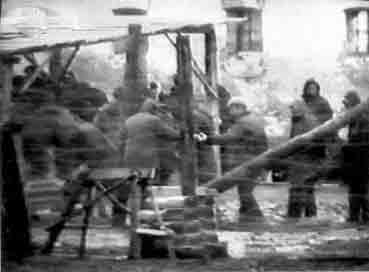 The First Basic Court in Belgrade, following the proceedings which lasted six years, passed a judgment dismissing the compensation claim against the Republic of Serbia filed by the Humanitarian Law Center (HLC) in November 2007 on behalf of 12 Croatian citizens for torture they endured in the JNA (Yugoslav People’s Army) prison camps in Sremska Mitrovica and Begejci in 1991. The HLC notes that this judgement denies the victims of severe crimes their right to obtain just compensation, which is guaranteed by both domestic and international law.

The court dismissed the claim on statute of limitation grounds, as the former prisoners of these camps failed to bring their claim for damages within the statutory time-limit, which expired five years after the end of their imprisonment.

The HLC notes that that the court did have a legal option to determine whether a crime was committed against the prisoners of these camps but failed to do so. Namely, according to the Civil Procedure Code (Article 12), the court itself may rule on the existence of a criminal offence, if the identity of the offender is unknown or he/she is unavailable.

Moreover, the state has an obligation under international human rights conventions to unconditionally afford reparation to victims of torture and other grave breaches of human rights. Thus the UN Committee against Torture in its General Comment no 3 clearly states: “States parties shall ensure that all victims of torture or ill-treatment, regardless of when the violation occurred or whether it was carried out by or with the acquiescence of a former regime, are able to access their rights to remedy and to obtain redress.”

The UN and the Council of Europe Committees that monitor human rights in Serbia have repeatedly criticized Serbian institutions in this respect, reiterating that the application of the statute of limitations to the claims for reparation brought by victims of severe human rights violations is contrary to international law.

The HLC points out that in denying former prisoners of war the right to redress because of the absence of a criminal judgment in this case, the court just found a convenient excuse to protect the Serbian state from criminal responsibility for the systematic crimes committed during the 1990s.

The HLC attorney has lodged an appeal with the Court of Appeal in Belgrade against the decision of the First Basic Court.