Women in Black, the Youth Initiative for Human Rights, and the Humanitarian Law Center (HLC) marked the twentieth anniversary of the kidnapping in Štpci. Approximately 40 citizens gathered in front of the Belgrade Main Railway Station and held banners which said, “The death train took off from here” “The train stopped at 15:48”, “We remember the crime in Štrpci” and “It is a crime to forget a crime”.

Representatives of the Women in Black, YIHR and the HLC, handed out train tickets, which contained the names of the victims of this crime, to passers-by.

Army of the Republic of Srpska soldiers led by Milan Lukić kidnapped 19 non-Serb passengers, 18 Muslims and one Croat, from the 671 train travelling from Belgrade to Bar at Štrpci train station, at 15:48 on27th February, 1993. 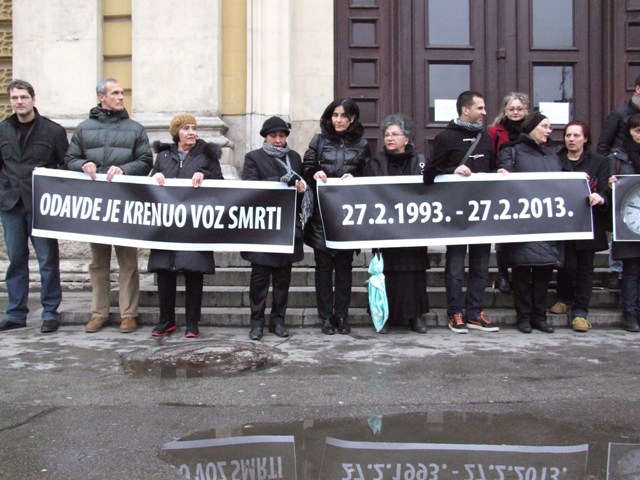 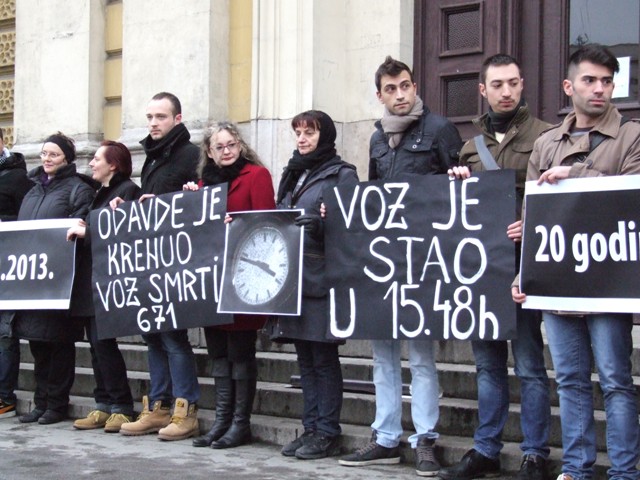 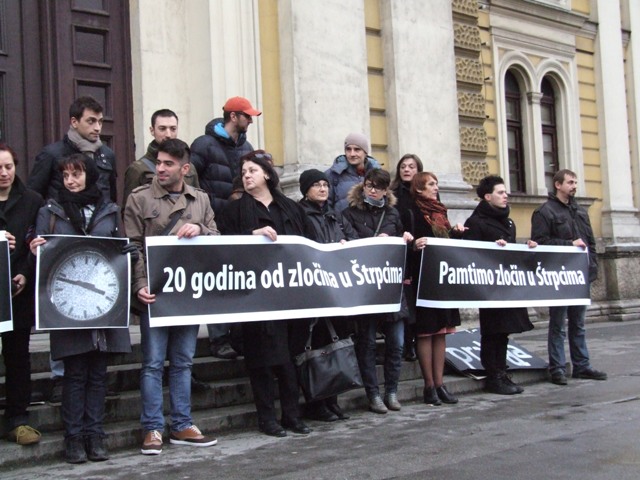 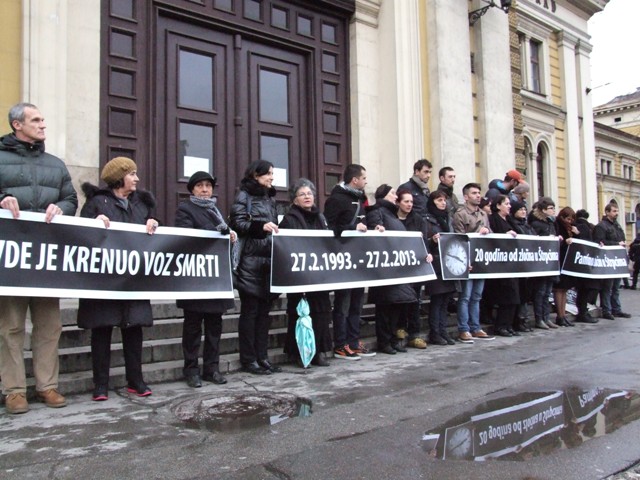 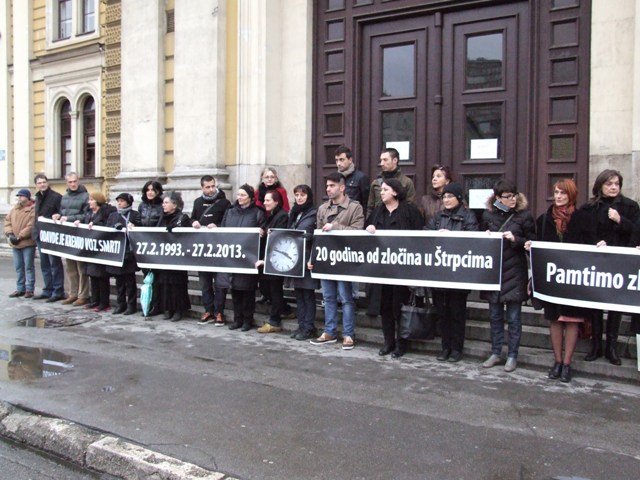 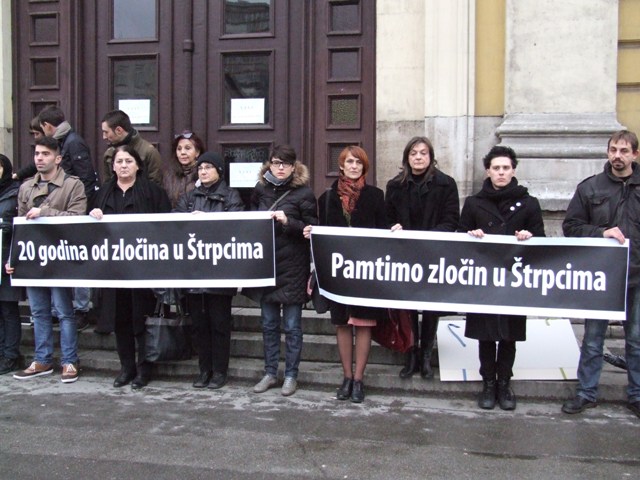 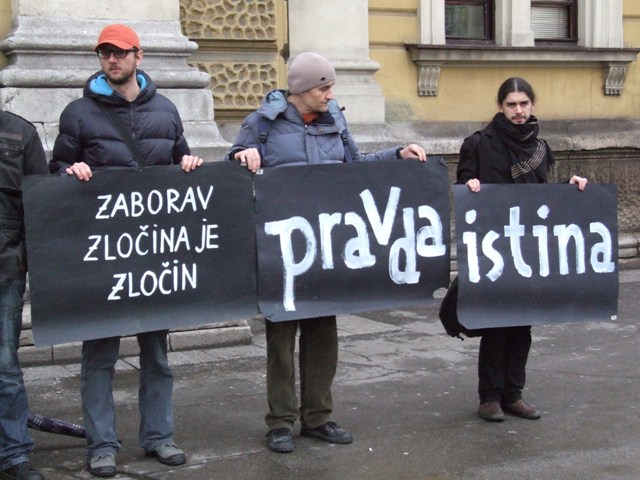 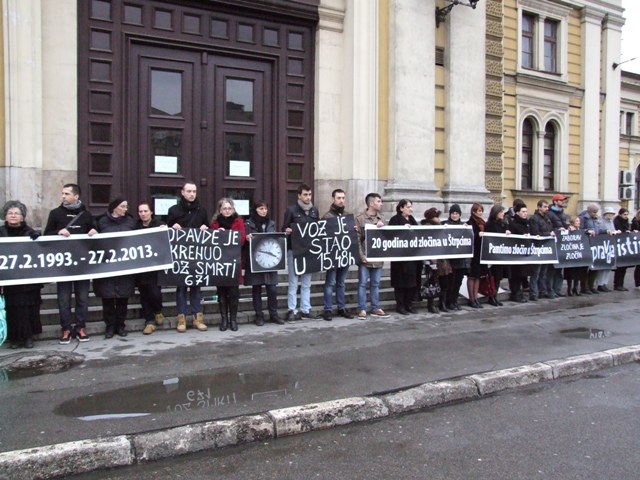 Students’ Visit to the HLC