The first Regional Transitional Justice School was opened on Tuesday, January 22nd, 2013. Sandra Orlović, Executive Director of the Humanitarian Law Center, stated at the School’s opening ceremony that fact-finding about the past is important because it represents a way to become immune to myths, which always precede new wars. An understanding of the past also helps with our understanding of the present society and some universal topics and that is the symbolic way of paying our respects to all victims and acknowledge their sufferings.

Mr. Almin Škrijelj, President of the “Lawyers Association’’ of Sarajevo, affirmed that it is necessary to talk about the past and that seminars and schools of this kind bring people from the region closer together. Mr. Vladan Avramović, a political consultant at the Embassy of Great Britain in Belgrade, stated that the aim of the embassies of Great Britain in the region includes providing support to this ‘school for facts’ and to invest in youth, who will be in a position tomorrow to make major decisions for their societies.

During the following ten days, 25 students from Bosnia and Herzegovina, Serbia and Kosovo will attend lectures about transitional justice topics: trials before the International Criminal Tribunal for Former Yugoslavia, the role of archives in the preservation of memory, reparations, the culture of remembrance, truth and reconciliation commissions, the role of the media in the process of fact-finding, and responsibility and institutional reform in post-conflict societies. One-day visits to Vukovar and Prijedor will be organized as part of the School’s programme. 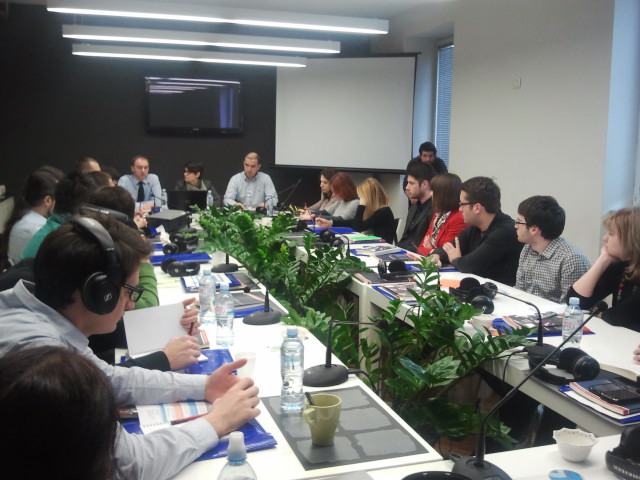