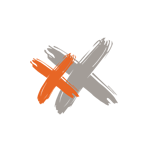 Auditor’s report of the Konsultant revizija audit house on HLC’s financial report for the project “Human losses: Establishing the fate of the killed and forcibly disappeared citizens of Croatia, Serbia, Montenegro and Kosovo in the armed conflicts in the former Yugoslavia in the 1990’s” (here in after: “Human losses”). Report considers financial report for the period from January 1st, 2009 to June 30th, 2011. Project “Human losses” is financed by Ministry of Foreign Affairs of the Kingdom of Norway.