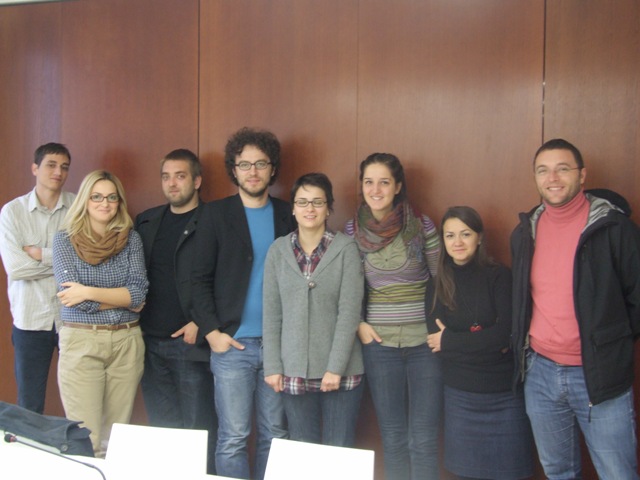 BELGRADE, December 1st, 2011 – A group of journalists from Kosovo visited the Humanitarian Law Center on Thursday and met with Sandra Orlović, Deputy Executive Director of HLC. A presentation of Volume One of the Kosovo Memory Book (KMB) was organized on this occasion.

Journalists were interested in the methodology used for the creation of KMB and whether there are guarantees that all names of the killed, missing and dead are in the book. Ms. Orlović explained the process of research, taking witness statements from victims’ family members and witnesses, the process of verification, comparison and evaluation of sources. She also mentioned that few thousand documents were used in the process of the book production. When asked, why the names were listed chronologically, Sandra Orlović explained that this is very important in order for the public to understand the context and the sequence of events, which preceded mass crimes and human losses.

Topics of the discussion were also the fates and the suffering of various ethnic groups in Kosovo, as well as certain very stressful human histories described in the book. Finally, journalists were interested in knowing when the following volume of KMB will be published and what will be the dynamics of the project after publishing the first volume.

The group of young Kosovo journalist is visiting Belgrade as part of the Heartefact Fund program. This organization deals with, among others, enabling representatives of civil society and youth from Kosovo to visit Serbia and vice versa.

Conference: Assessment of access to justice for minorities in Kosovo

Reparations for Wartime Victims in the Former Yugoslavia: In Search of the Way Forward