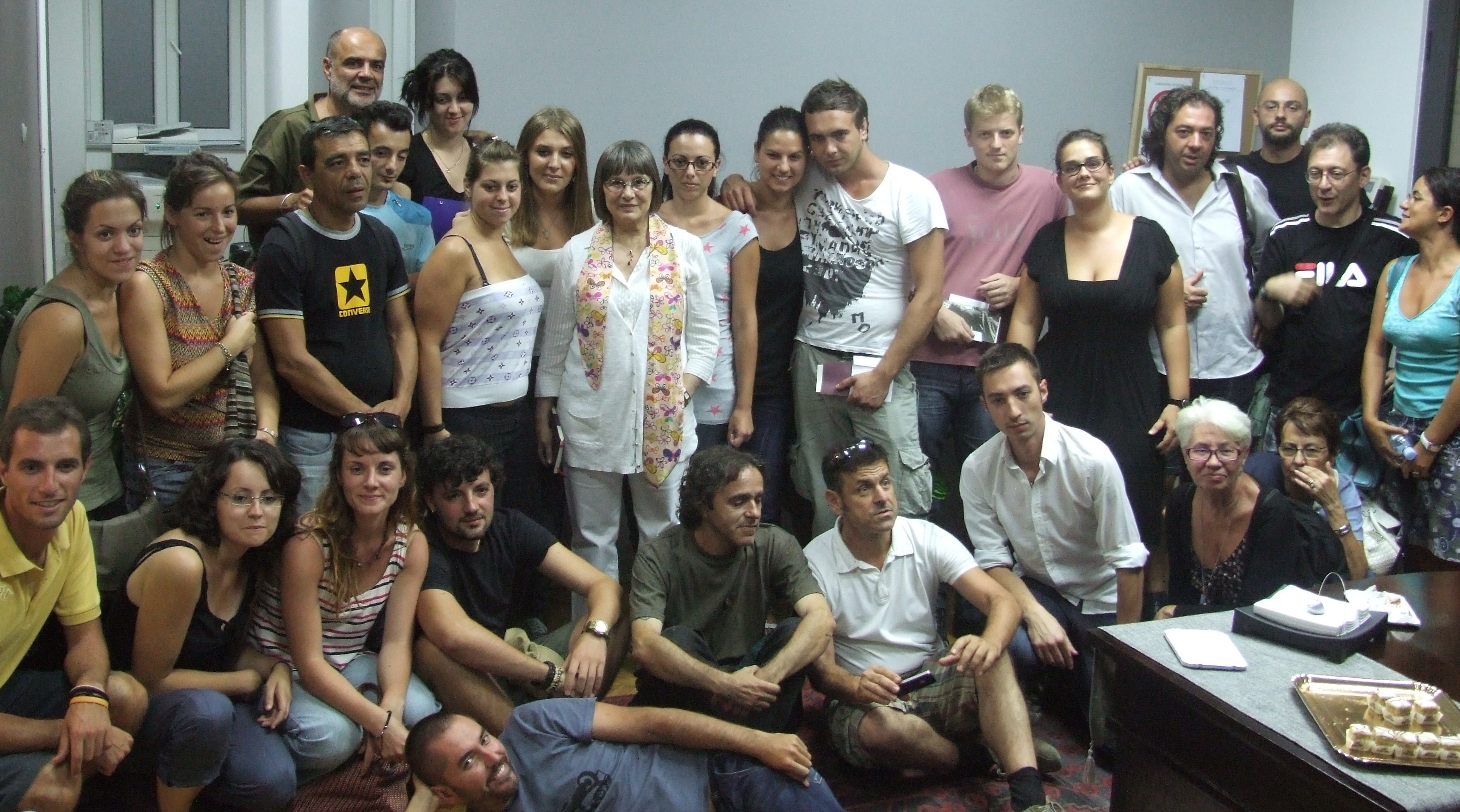 On September 5 and 6, 2011, “Amica” from Tuzla, BiH, and the Alexander Langer Foundation from Bolcan, within the program called “Adopt Srebrenica – International Cooperation for Memory – Fifth International Week of Dialogues and Meetings”, organized a meeting of a group of students from Italy and Bosnia and Herzegovina with HLC employees. On this occasion, Aleksandar Obradović made a presentation of the activities of the Coalition for RECOM from the beginning to the current public advocating stage and Jelena Plamenanc shared information about the work of the International Criminal Tribunal for the Former Yugoslavia.

During the meeting with Nataša Kandić on the Initiative for RECOM, the responsibility of the young people, and the idea of reconciliation, students expressed their opinions about the regional truth commission project. Most of them emphasized that RECOM is an indispensable instrument because anonymous victims are impossible to remember and for as long as they remain anonymous, they cannot be present in the mind of the inhabitants of the region.

In the opinion of the Italian students, RECOM will encounter a number of huge problems because for many people it is hard or impossible to realize that the concept of human rights refers to the entire mankind, and they find it frustrating when someone is documenting a war crime committed against communities they believe are not entitled to such rights. It is hard to say which is more shocking for those people – the fact that certain events they don’t consider to be war crimes but legitimate war acts are being documented as war crimes or the fact that somebody is defending the human rights of those who should have no rights.

The students believe that the victims should be provided with as many justice-obtaining mechanisms as possible and all available forms of financial and moral compensation: war crimes trials and RECOM. The students from Italy quoted an example from their own country: not even thirty years after the Second World War, there was no public discourse about the civil war in Italy, just like in the 1970s there was no dialogue about the terrorism. The Italian society understood the seriousness of the problem of silence – the failure to deal with the past can destroy the structure of the entire society.

Students from BiH believe that the Initiative for RECOM would encounter serious difficulties – nationalism is deeply rooted in the mind of many people from the territory of the former Yugoslavia. Nonetheless, Žarko from Srebrenica is an optimist: public testimonies which would be part of the RECOM process would have the same positive impact as the pictures of lung or throat cancer printed on cigarette packs. If a powerful emotional reaction is created, people will very quickly become aware of the horror of crimes against humanity.

In response to the question “which approach is more detrimental – to deny the past or return into the past by means of remembering, documenting, and observing” the students answered with a lot of emotions. One of the most frequent answers was: “Denying the past is always a part of political discourse”. Young European intellectuals make a distinction between the truth and societal necessity on the one side and the politics on the other. They perceive the political discourse first of all as a selfish battle for the implementation of short-term political goals. The nature of this battle is such that it excludes telling unpleasant truths. On the other hand, they believe that the dealing with the past is an urgent job that must be done as soon as possible because it has been ignored for so long.