The New York Times: The Shame of Serbia 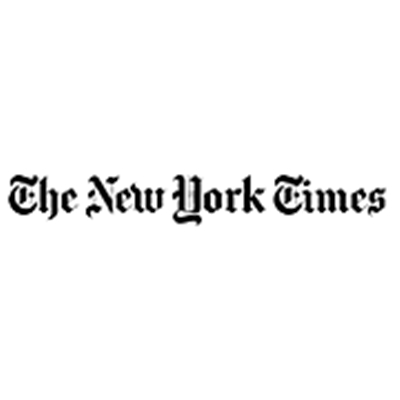 THE arrest of Ratko Mladic on May 26 caught me off guard. I couldn’t believe it. I clenched my fists, trying to grip him tightly in my hands. Finally, I breathed a sigh of relief.
But then I heard the speech by the Serbian president, Boris Tadic. For him, Mr. Mladic’s arrest represents the closing of a dark chapter in our history and a removal of the mark of shame that has stained the Serbian people for two decades. But there was no mention of the many other perpetrators of genocide during the 1990s or of the responsibility the Serbian state bears for those crimes. Once again, it seems, we might lose the chance to open a painful but necessary debate about the past.

Not long ago, for a brief moment, it seemed that all of Serbia would side with “foreign” victims against its “own” perpetrators. That was in 2005, after my colleagues and I uncovered and released a 1995 video showing the execution of six Muslim men from the Bosnian town of Srebrenica. For the first time, the Serbian public saw incontrovertible evidence of the state’s involvement in massacring 7,000 Muslims there.

The government was quick to respond by dissociating the state from the massacre. Overnight, the police arrested five men and then declared them a criminal group, denying any connection the unit may have had with state institutions. At the trial, the Serbian court rejected the testimonies of the mothers and children of the six executed Muslims. There was no evidence, the court concluded, that the men were detainees from Srebrenica. That ruling was a mark of shame on all of us. And we can’t wash it off by sending Mr. Mladic to the Yugoslav war crimes tribunal in The Hague.

Mr. Mladic’s arrest brought relief to the families of victims. It offered the Hague tribunal recognition that it is a successful agent of international justice. And it granted Serbia the long-coveted prospect of membership in the European Union. The Serbian government has managed to persuade the world that it values a European future more highly than the criminal heroes of the past.

But I am not so sure that Serbia has given up on Mr. Mladic and his fellow generals, who prosecuted a genocidal war in Bosnia. The sympathy that state officials and the news media expressed for Mr. Mladic last week is yet another mark of shame on all of us. The deputy prosecutor offered him strawberries. His wish to be visited by the health minister and the president of Parliament was granted, as was his request to visit his daughter’s grave. The Serbian public was constantly updated on his diet in jail, and we all learned that Mr. Mladic flew to The Hague in the suit he’d worn at his son’s wedding. He was treated as a star.

Such adulation of murderers is dangerous in a region where the wounds of war have not yet healed. Nationalism is still strong in Bosnia, Croatia, Kosovo and Montenegro, and sometimes even stronger than it was during the wars that tore Yugoslavia apart in the 1990s.

Recently in Croatia, politicians, the press, the church and civil society groups protested the Hague tribunal’s verdict that two Croatian generals were guilty of war crimes, a ruling that challenged Croatia’s official interpretation of the war. They all acknowledge that some killings took place in 1995, but they deny that the state and former leaders like Franjo Tudjman, then the president of Croatia, were responsible for planning the ethnic cleansing of Serbs.

In the eyes of the Bosnian political establishment and victims’ families, justice for the victims of genocide and ethnic cleansing will be served only if Serbia and Bosnian Serb leaders acknowledge their role in the genocide. Yet Bosnian Serb leaders still deny it took place and demand that more Bosnian Muslim leaders face war crimes trials, too.

Similarly, little has changed in Kosovo, where the public opposes trying the commanders of the former Kosovo Liberation Army. And in Montenegro, a court ruled that the policemen who handed over Muslim refugees to Bosnian Serb forces in May 1992 weren’t guilty of a war crime — a slap in the face to victims’ families.

The region desperately needs an honest debate about the past. It is the only way to recognize all victims and to stop the lies we tell about ourselves and about others. Victims’ families, 1,600 nongovernmental organizations, veterans and clergymen have signed on to the initiative for the founding of a regional commission that would compile a complete registry of victims, including dead soldiers, policemen, volunteers and those who were targets of ethnic cleansing.

Later this month, a request to establish this commission will be submitted to leaders of all the successor states of the former Yugoslavia. If adopted, it will put an end to the age-old Balkan practice of leaving victims nameless. And we can only hope that it will eventually wash away the stain of the past once and for all.

Natasha Kandic is the executive director of the Humanitarian Law Center in Serbia. This article was translated by Vesna Bogojevic from the Serbian.
A version of this op-ed appeared in print on June 6, 2011, on page A21 of the New York edition with the headline: The Shame Of Serbia.