Among the killed are 42 persons from Niš 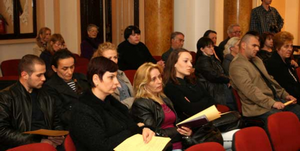 Deputy Director of th e Humanitarian Law Center (HLC) Sandra Orlović said that HLC intended to create a register of all those who lost their lives on the territory of the former Yugoslavia which would present a historic document. “Many are saying that we are doing what the government should do and that is true, but it is also true that not a single government in this region has done it so far”, said Orlović.

According to HLC owned information a total of 2.028 people lost their lives in the conflict waged on the territory of Slovenia, Croatia, and Bosnia and Herzegovina.