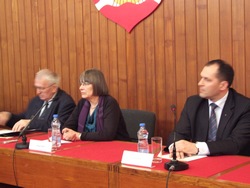 During the armed conflicts waged on the territory of the former Yugoslavia in the period 1991-1995, 2.028 citizens of Serbia and Montenegro were killed or disappeared and the fate of 385 missing citizens remains to be unknown. These are the results of a research conducted by the Humanitarian Law Center (HLC) made public at the presentation of an individualized register of citizens of Serbia and Montenegro who were killed or disappeared during the armed conflicts in Slovenia, Croatia, and Bosnia and Herzegovina in the period 1991-1995.

HLC Executive Director Nataša Kandić said that the register of the killed and missing was not finalized and that many changes would still be made.

She said that the individualized register of those who were killed or disappeared during the armed conflicts in the period 1991-1995 will help create an objective historical record of the conflicts in the former Yugoslavia.

“This is a new effort in our initiative to make public the names of all individuals who were killed and disappeared during the recent conflicts and it will end the practice of using the numbers without knowing any of the names of those who lost their lives”, said Nataša Kandić.

“All state-owned documents that can help solve crimes have been declassified”, said Jovičić.

According to HLC-owned data, 832 citizens of Serbia were killed or disappeared in Bosnia and Herzegovina, 850 in Croatia, and 23 in Slovenia while the exact location of the killing of 323 persons is still impossible to be established with certainty. Nenad Dimitrijević, HLC Project Coordinator, said that most killed and missing persons are from Belgrade (537) and 61 from Novi Sad, while 35% of the killed and missing are from Vojvodina and 47% from Central Serbia.

“There are also 16 killed police force members. For 92 persons it is still impossible to establish that they belonged to a particular armed formation”, said Dimitrijević. 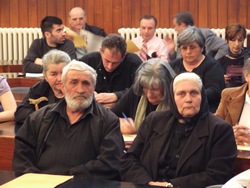 He also stated that the HLC registered the killing of 58 civilians.

The presentation of the results of the research was attended by numerous family members of the killed and missing.

The individualized register of the killed and missing citizens of Serbia was supported by the Ministry of Defence of the Republic of Serbia, the Ministry of Foreign Affairs of Norway, and the European Commission.

Among the killed are 42 persons from Niš