Belgrade, February 9, 2011 – A new hearing was held before the High Court in Belgrade in the compensation proceedings for the former residents of the Kukurovići village near Priboj. The compensation lawsuit was filed by the Humanitarian Law Center in 2007 on behalf of 12 plaintiffs for the responsibility of the state for the destruction of their property during the attack of the members of the Užice Corps.

Uzeir Bulutović, Mušan Husović, and Fatima Sarač were killed during the attack and their property was torched. On the same occasion a lot of residents of the Kukurovići village were driven out of the village. 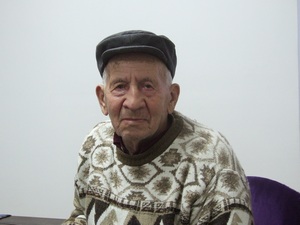 Juso Katlak and Meho Džanović who had eye-witnessed those events and who now live in Sarajevo, testified in court about what had happened in the Kukurovići village.

Juso Katlak testified that he had lived in a two-storey house, tended cattle, and lived a normal life with his neighbours as if they were his closest family. Several months before the attack he had noticed that YA soldiers took positions in some of the houses in the village and he had seen armed soldiers in YA uniforms and their trucks on a daily basis. The soldiers were rude to the villagers; they swore at them and told them they should all be killed. They would not allow them to turn their lights on at night and they cursed Juso Katlak’s “balija mother” several times. One night, while he was having dinner, a grenade hit his house. He was wounded in his leg and his wife fell down and hurt herself sustaining injuries which later resulted in her death. After the attack, Juso and his wife went to a neighbouring village where they spent the night at a friend’s house. When he had returned to Kukurovići village, Juso saw burnt houses and two bodies – a woman who was killed from an automatic rifle and a man – both of which he buried with the help of a relative.

That day, Juso Katlak met a police officer who told him that they could no longer live in Kukurovići and that they should leave the village. He took his advice, left the village and never came back. Juso Katlak now lives in Sarajevo. His only wish is to go back to Kukurovići and renew his house but he says he is aware of the fact that he is 82 years old and that he has no financial means to do it because his entire property was burned down. 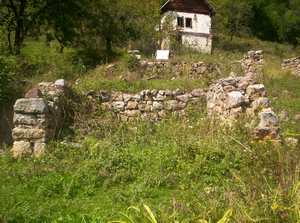 While describing the events from 1993, Meho Džanović testified that one day he had seen a soldier in a store who had taken out his knife and asked “are there any balijas here for me to slit their throats”. He got very scared at that moment and stopped visiting that story because it was frequented by soldiers.

Several days after that event, a four-men patrol came in front of his house. Meho took them inside, offered them coffee and brandy and one soldier asked the others: “Why did we come to this man’s house and why did everybody tell us they were worse than Šiptars?” One of the soldiers then told Meho that the best thing for him was to leave the village as soon as he could, because “after the fall of Goražde, there would be no Muslims left from here all the way to Greece” and that if he decided to stay, he would be dead for sure.

One night shots from an automatic rifle were fired from Mustafa’s Grave, which was located above the village of Kukurovići. Soon after, Meho went to Priboj to see the chief of police. When he told him what had happened in the village, the chief of police just said: “Really, no way?”, then took his gun from a drawer of his desk and started playing with it. Meho understood the message and left the office 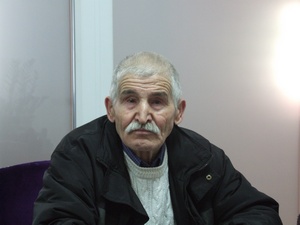 When an artillery attack began in 1993, Meho hid in an underground shelter. He had previously sent his wife and children out of the village because he had anticipated that something like this was likely to happen. He remained in his shelter for 13 days. While in the shelter, he was able to see the village being torched down. After the attack, he left the village and never went back.

Before the attack on the Kukurovići village Meho Džanović owned 18 hectares of land, nine farm buildings, a house, three barns, a couple of oxen, five cows, 75 sheep, 15 goats, lamb, a corn and hops field, an electric mill, a tractor, and a car. At the moment, Meho Džanović lives in Sarajevo in a rented apartment with his wife and two children. They all live on a farmer’s pension which is very low, approximately RSD 7,000 which is insufficient for the four of them.

The Humanitarian Law Center reminds the public that because of their inability to rebuild their homes on their own, the residents of the Kukurovići village have not returned to the village and that the state never considered them displaced persons or offered them any sort of financial aid.

The next hearing before the High Court of Belgrade is scheduled for April 8, 2011.

Wartime rape victims should not be subject to jokes