State and international institutions are not interested in the reparation process

Belgrade, July 1, 2010 – Members of Parliament Kenan Hajdarević, Bajram Šehović, Esad Džudžević, Munir Poturak, and Šerif Hamzagić attended today’s session of the compensation lawsuit filed by the Humanitarian Law Center (HLC) and conducted before the Belgrade High Court on behalf of the residents of the Kukurovići village (Priboj municipality) against the Republic of Serbia. 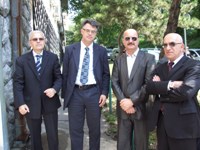 Esad Džudžević stressed that this trial is part of a broader context dealing with the fact that the events that had taken place in Sandžak in the 1990s have not been investigated at all. “Next month we expect the adoption of the Declaration condemning war crimes committed against the Serbs and other citizens of the Republic of Serbia and that is an opportunity for the Parliament, as the highest legislative body, to give their own response, in the form of a declaration, as to whether the events in Sandžak were a direct consequence of an armed conflict or whether it was just a coincidence and a collateral damage of a broader conflict”, said Džudžević.

He also added that the this trial would not yield an answer to these questions, but that he supposed that it would represent a personal contribution and a small progress in the entire process. “This state will be responsible for giving an answer to the citizens of Sandžak, to Bosniaks, about what happened, why they suffered on the territory of the Republic of Serbia which is still adamant in claiming that it did not participate in the wars waged on the territory of the former Yugoslavia”, said Džudžević and added that “the reparation effort is part of a broader process neither the state nor international institutions care about.”.

Member of Parliament Bajram Šehović stated that this is not only his personal support to the citizens of Kukurovići, but that “all members of Parliament from Sandžak recognize this problem and that all of them stand united in defence of the victims, requesting the state to provide financial support to the victims, enabling them to live in this region, and that everything else is a process which will have its due course”. The law on reparations does not exist in Serbia and, according to Šehović, that is one of important European values for which he hopes that will soon be adopted in Serbia.

„“In addition to insisting on securing a moral support for the victims from the Kukurovići village, the Liberal Democratic Party Parliamentary group will exert pressure on Serbian institutions, i.e. the Parliament of the Republic of Serbia, to establish the truth about the events in Sandžak in the 1990s”, said Kenan Hasanović, member of Parliament. 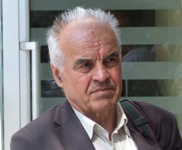 President of the Association for the protection of rights of forcefully relocated and internally displaced persons from the Priboj municipality, Ekrem Hadžić says that the government must be forced into understanding that these people are citizens of Serbia, that their property was stolen from them, their houses were torched down, and that they are deprived of all rights. “These people are not even on the list of the Commissioner for Refugees and Displaced Persons of the Republic of Serbia and are not eligible to apply for house reconstruction assistance offered by the government of Serbia because without a refugee or internally displaced person status they are not included in this program. They are invisible for this government, they have no status and no treatment”, says Hadžić. 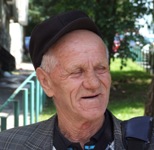 A statement of witness Džafer Kaltak was read at today’s hearing in which he claims that military bases existed around the Kukurovići village, that villagers were terrorized by members of the Yugoslav Army (VJ), and in which he also explains the event of February 19, 1993: “Nenad Tošić (son of Dragiša) ran through the village with an automatic rifle. It was dusk. He came back quickly and the attack against our village began. There was a soldier behind each tree. Chaos and panic were overwhelming. The village was under fire from all sides. Several days prior this event people were kidnapped in Sjeverin, so that we could not flee in the direction of Priboj, and the road was blocked, too. The only road we could take was the road to Pljevlja. That same evening everything I had, everything I worked for all my life went into flames. My house, my cattle barn, the smoke house, barn, everything I had. My whole world collapsed that night.”

With respect to a series of attacks on the Muslim-populated Kukurovići village near Priboj, during which unidentified members of the Užice Corps of the Yugoslav Army on February 18 and April 11, 1993 killed Uzeir Bulutović, Mušan Husović, and Fatima Sarač and burned the property of a large number of villagers, who were subsequently forced out of the village, the Humanitarian Law Center (HLC) filed a compensation lawsuit in 2007 against the Republic of Serbia.

HLC reminds that the villagers of the Kukurovići village, due to the inability to rebuild their houses on their own, are not able to return to the village, and the state never granted them the status of refugees or internally displaced persons, and accordingly no help at all, ever.