On the occasion of the International Day of the Disappeared, August 31st 2009, the Humanitarian Law Center (HLC) presented the interim results of the record of killed and disappeared Serbs, Roma, Bosniaks and other non-Albanians in Kosovo in the period from January 1st 1998 to December 31st 2000 at the media Center in Belgrade.

At the conference, HLC also presented its TV commercial: So That People Remember People which will be broadcast in Serbia and Kosovo as an invitation to families of the killed and disappeared to come forward to check the data about their loved ones, and others, about whom they have information. The HLC Executive Director said that the purpose of the TV commercial is to draw the attention of the public and politicians to this issue and to strengthen their resolve to solve cases of missing persons so that their surviving family can finally find peace.

Voicing concern that in the past few years the number of resolved cases have remained the same, and that political will to both release information on mass graves and to excavate graves is weak, the HLC Executive Director urged all citizens in the region to put pressure on their governments to investigate cases rigorously, share information with victim’s families and to excavate as many graves as possible. She urged every citizen to give just one euro to help resolve these cases. “The electronic database that HLC has put together aims to preserve forever information about these missing people, in the hope that their memories will never fade”, the HLC Executive Director explained.

According to the data possessed by the Humanitarian Law Center (HLC), during the armed conflict in Kosovo, in the period from January 1st 1998 until June 14th 1999, and after the deployment of international troops in Kosovo until December 2000, 13,421 people were either killed, died or went missing. There is still no information about the fates of 1,886 people. Their families are still searching for their bodies. There are about 500 Serbs, Roma, Bosniaks and other non-Albanians among them. 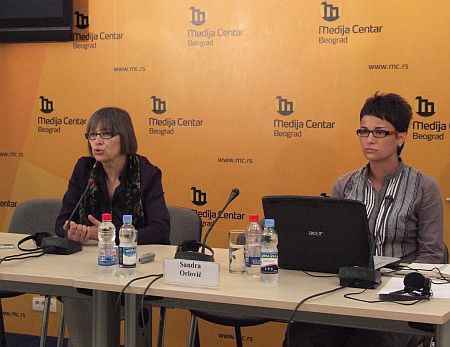 The opening words at the presentation of the record of killed and missing were given by the HLC Executive Dircetor, Nataša Kandić

The greatest number of victims among Serbs, Roma, Bosniaks, Montenegrins and other non-Albanians (1,390) are civilians. The largest crime against Serb civilians took place on July 18th 1998 in the villages of Retimlje/Reti and Opteruša/Opterushë (Orahovac/Rahovec municipality), when KLA soldiers killed one person and kidnapped 21 other inhabitants of the village. Their bodies were exhumed in 2005 from the mass grave site in Volujak/Vulljake, in the municipality of Klina/Klinë.

During the period from January 1998 until December 2000, 309 women from Serb, Roma, Bosniak and other non-Albanian ethnic communities were either killed or went missing. On June 27th 1999, 14 Serbs were kidnapped in the village of Dojnica/Dojnicë (Prizren municipality), including nine women whose fates are still unknown. 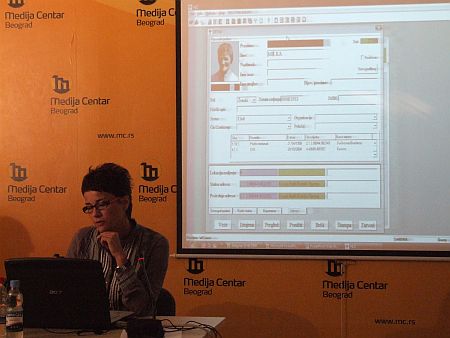 From January 1998 until the withdrawal of Serb forces from Kosovo in June 1999, a total of 577 soldiers and 354 members of the Ministry of Interior died; 13 of them were of Albanian ethnicity. The majority of soldiers, 76 of them, died at the Košare/Koshare watchtower on the border with Albania. HLC has not yet been able to positively determine the status of 285 victims.

HLC registered the most murders, deaths and disappearances of Serbs, Roma, Bosniaks and other non-Albanians in the municipality of Prizren (276), Priština/Prishtinë (271), Peć/Pejë (240), Đakovica/Gjakovë (233) and Klina/Klinë (150). The youngest victim was a four-month old Serb, Sava Mladenović, who was burned together with his mother in their family house on September 21st 1999 in Prizren. The oldest victim was the 81-year-old Nada Vasić who went missing from her apartment in Priština/Prishtinë in August 1999. There is still no information about her fate. 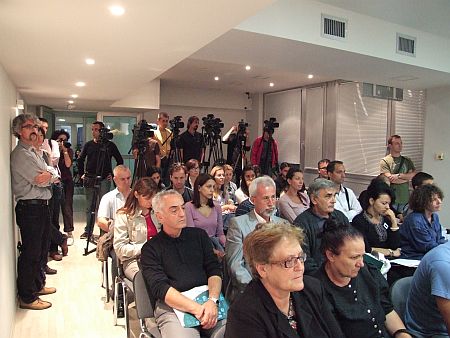 A large number of journalists and guests attended the presentation.

HLC obtained information about the killings, deaths and disappearances in Kosovo in the period from January 1998 until December 2000 by analyzing statements given by witnesses and family members, documents from The Hague Tribunal, local courts (Serbia and Kosovo), official reports and lists, reports made by local and international non-governmental organizations, publications, media reports, photographs and other relevant sources. Associations of victims’ families from Serbia and Kosovo assisted HLC in collecting documents and contacting victims’ family members.

Questions from the press began with a journalist asking, “Is there any indication about figures concerning missing Albanians and if there is another mass grave in Serbia?”

Ms. Kandić replied that she could only repeat what Dragan Karleuša, a high ranking Serbian police officer said in Milošević’s trial; that there are still mass graves which have not been identified yet. She said that there are still 1300 missing from the Albanian community.

Vesna Surbat, a journalist from Srna news agency asked, “When collecting data, did HLC co-operate with the authorities in Priština/Prishtinë?”

Ms. Kandić replied that concerning the information on Serbs, HLC could not cooperate with the authorities in Priština/Prishtinë because the information simply did not exist. All that was collected was primarily with the help of victims’ families, with whom HLC has had excellent cooperation. HLC had high expectations of the Ministry of Defence and the Ministry of Interior, and assumed that they would be able to help these families since they had control of that area, but has been very disappointed. When the Special Prosecutor of War Crimes indicted members of the KLA they contacted HLC and asked them for a list of the names of people who were killed and missing because the list they had received from the police didn’t seem to add up. Kandic said, “I tried to raise the issue three years ago but never received a definite answer. Documents with 2000 names are still missing”. She argued that this was indicative “of the Government’s attitude towards the families of victims”.

Gordana Djikanović, a writer for the magazine, Kosmetske Zrtve, asked whether the victims were classified by age and whether what was being shown in the presentation would be on the HLC’s website.

Ms. Kandić replied that only a fraction of what was on the database was shown in the presentation and that there were no plans to put it on HLC’s website. Victim’s families would have access to all dossiers allowing them to search for their loved ones, as would the Ministry of Defence and Ministry of Interior in order to assist in investigations. These groups would be given help to access the database and would be able to search by age-group, as well as gender and location of the disappearance. After all of the data is verified, the results will be published in six or seven volumes so that a story about every victim can be created, including what the person did before they disappeared. HLC hope to finish this process before 2010.

The final question of the press conference was from a man from Djakovica/Gjakovë whose brother was kidnapped and killed. He had been walking near the Albanian border and was on his way back from offering condolences to a family who had lost 29 members of their family killed in the NATO bombing. His body was found in a mass grave of mainly Albanian victims. The family member felt that no one cared about his case and that none of the authorities were interested in investigating what had happened.

Ms. Orlović was able to find this man’s testimony in the database and showed the press conference the database in action, including the handwritten witness testimony that he had given to a member of the HLC team some time before.

Ms. Kandić concluded the event by calling upon the public at large, as well as politicians, to take responsibility for remembering the missing so that their memories are not forgotten. She argued, “It is our obligation to remember what happened to these people, and it is the government’s obligation to ensure that enough funds are available to get information about missing persons and to excavate their bodies since their families do not have the resources to do it for themselves”.

The HLC’s Register of killed and missing project is supported by the British embassy in Belgrade, the French Catholic Committee against Hunger and for Development, the German embassy in Belgrade, IKV Pax Christi, Kosovo Fund for an Open Society, the Norwegian Ministry of Foreign Affairs, Oak foundation, Sigrid Rausing Trust, Swedish Helsinki Committee, United States Institute of Peace and USAID.