On July 8th 2009 the Association of families of prisoners and missing persons from Zvornik Municipality organised a gathering in the village of Đulići on war crime trials and investigations into war crimes committed against the civilians of Đulići and other Bosniak villages of the Municipality of Zvornik in 1992.

The Đulići is known as the village with nearly no men over 40 left, after Serbian forces on June 1st 1992 separated all adult men from their families, killed them within a week at Bijeli Potok and hid their bodies in various unknown locations.

Exactly one hundred family members of victims were present at the gathering, mostly women – mothers, wives, sisters or daughters of the killed men. They were interested in the trial of the former president of Zvornik Municipality, Branko Grujic, and the former commander of the Territorial Defense in Zvornik, Branko Popović, as well as in the outcome of investigation into other perpetrators, which is being conducted by the Cantonal Prosecutor’s Office in Tuzla. Nataša Kandić and Milena Vasić of the Humanitarian Law Centre (HLC), who represent the victims, spoke about the trial conducted before the War Crimes Chamber of the Belgrade District Court and prosecutors Alma Džaferović and Emir Ibrahimović spoke about the investigations conducted by the Cantonal Prosecutor’s Office in Tuzla. All of them, along with other participants – Teufika Ibrahimefendić from Viva žene NGO, Mevludin Lupić and Ahmet Grahić from the Association of Victims’ Families – called upon all eyewitnesses to testify in person before the War Crimes Chamber in Belgrade and help the Cantonal Prosecutor’s Office in Tuzla gather all relevant evidence against 162 persons suspected of committing war crimes in the Municipality of Zvornik. 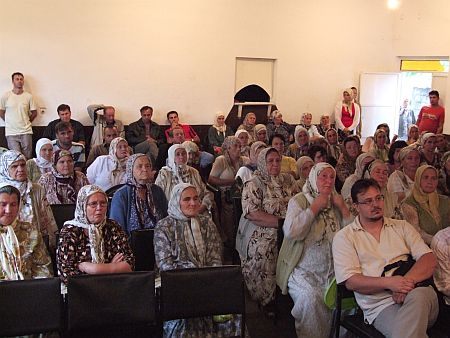 The mothers and wives shared firsthand information they had on Serbian policemen and civilians who forced them out of their homes and whom they saw on June 1st 1992 at Bijeli Potok while the men were separated from their families and taken towards the village of Karakaj. They are prepared to testify about these events before the Serbian court and to confront all their Serb neighbours whom they saw at Bijeli Potok on the day their men were taken away. 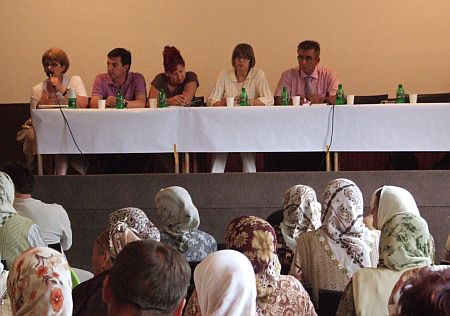 Speaking of the importance of war crimes trials for establishing the truth about the past, HLC Executive Director Nataša Kandić said that while war crimes trials are the most important legal mechanism of punishment of individual perpetrators, they are not sufficient to ascertain the whole truth about the past. Kandić added that a trial takes on average two years to complete, which leads to the conclusion that by the end of 2020 all courts on the territory of former Yugoslavia would able to sentence no more than 800 persons accused of war crimes. That is why the regional initiative for establishing RECOM Regional Commission takes on particular importance. RECOM would be oriented to victims and their suffering.

“If the governments in the post-Yugoslav countries accept this civil society initiative, we will have a chance to create, for the first time, a historical record of the past which will combat denial of crimes with facts and thus prevent recurrence of crimes“, said Nataša Kandić. 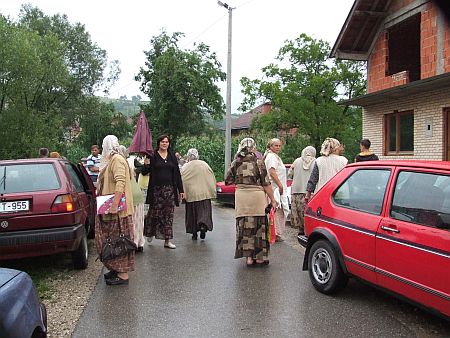