HLC hosts students from Serbia, the Netherlands and Kosovo

Fifteen students from the Netherlands, Kosovo and Serbia, participants in the “Our future – European Integrations” project, visited the office of the Humanitarian Law Center (HLC) and talked with Sandra Orlović, HLC deputy executive director, and Jelena Simić, regional coordinator of the initiative for RECOM project.

he students visited HLC in order to get acquainted with HLC projects and background and the current situation regarding civil society in Serbia. At the beginning of the visit, the students were shown a documentary about HLC, which introduced them to the organization’s achievements and activities since it was founded. 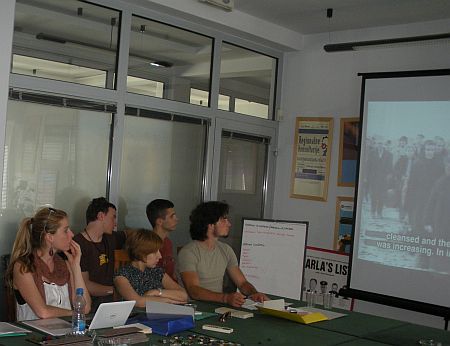 In a conversation with the deputy executive director and the regional coordinator of the initiative for RECOM project, the students inquired about activities related to ongoing war crimes trials before national courts, collecting and documenting the facts concerning war crimes and the Kosovo Memory Book project. They also wanted to know how HLC activists manage to remain impartial and objective in interviewing and dealing with people from various, opposite sides in conflicts, whether there are similar documentation projects in the region and what institutional obstacles, if any, HLC faces in performing its activities. 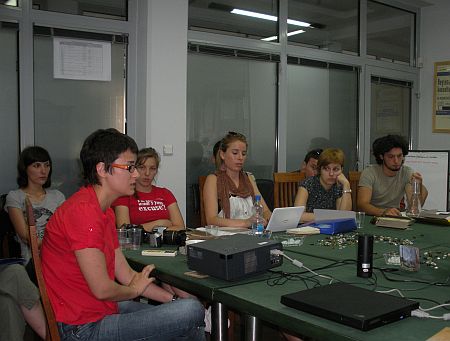 The students took particular interest in the initiative for RECOM, the Regional Commission for establishing the facts about war crimes and other human rights violations committed on the territory of the former Yugoslavia. The students wanted to know how the consultations on the establishment of RECOM were progressing, how public support for such an initiative could be secured and to what extent young people are included in the Initiative for RECOM. 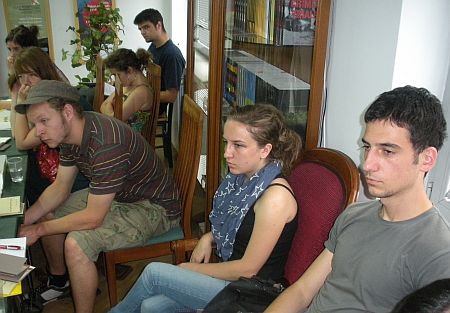 Posted On 8th April 2015 ~ Comments Off on Press conference for the purpose of presenting the Bill on the rights of civilian victims of human rights violations committed during and in relation to the armed conflicts in the period 1991-2001
U petak 17. aprila 2015. godine sa početkom u 10:30 u velikoj sali Medija centra u Beogradu (Terazije 3, I sprat) Fond za humanitarno pravo