On April 11 2018, the Appeals Chamber of the Mechanism for International Criminal Tribunals (MICT) in The Hague passed sentence with its final verdict on the President of the Serbian Radical Party (SRS), Vojislav Šešelj, and reversed his acquittal by the International Criminal Tribunal for the former Yugoslavia Trial Chamber,  sentencing him to 10 years of imprisonment for encouraging persecution (forced displacement), deportation, and other inhumane acts (forcible transfer), as  crimes against humanity, and for committing persecutions in Hrtkovci in Vojvodina (violations of the right to security) as a crime against humanity. The Humanitarian Law Center (HLC) considers such a judgement  significant, since in this way the victims of deportation and persecution in Hrtkovci almost 26 years ago have received  judicial satisfaction; however, justice has only been partially satisfied, given the scope of the indictment against Šešelj, which encompasses the area of Sarajevo, as well as the municipalities of Zvornik, Nevesinje and Mostar in BiH, and Vukovar in Croatia. END_OF_DOCUMENT_TOKEN_TO_BE_REPLACED

END_OF_DOCUMENT_TOKEN_TO_BE_REPLACED

On March 2 2018, the Humanitarian Law Center (HLC) submitted a criminal complaint against Svetozar Andrić, former commander of the Birač Brigade of the Republika Srpska Army (VRS), and later Chief of Staff of the VRS Drina Corps, to the War Crimes Prosecutor’s Office of the Republic of Serbia. The criminal complaint was filed for several crimes committed during the conflict in Bosnia and Herzegovina (BiH).

On May 28, 1992, Svetozar Andrić ordered the “eviction” of the Bosniak population from Zvornik, as the then commander of the VRS Birač Brigade, in whose area of responsibility were the municipalities of Vlasenica and Zvornik, among others. This resulted in the departure of more than 10,000 Bosniaks to Mali Zvornik, Kalesija, and the villages of Snagovo and Kula Grad. END_OF_DOCUMENT_TOKEN_TO_BE_REPLACED

Criminal complaint for rape of Roma women in 1993

On January 29, 2018, the Humanitarian Law Center (HLC) filed a criminal complaint with the Office of the War Crimes Prosecutor (OWCP) against several unidentified members of the Secretariat of the Interior (SUP) of Beli Manastir, for the rape of six Roma women (including one pregnant woman and three minors) in the basement of the SUP Beli Manastir, in the summer of 1993. END_OF_DOCUMENT_TOKEN_TO_BE_REPLACED

After 14 years, the first war crimes case before specialized court councils in Serbia came to a close with the new final judgment for the crime at Ovčara near Vukovar. The Humanitarian Law Center (HLC) points out that the trial in this case is one of the best indicators of the ineptitude of Serbian institutions in dealing with the obligation to approach the crimes from the past with responsibility and dedication. END_OF_DOCUMENT_TOKEN_TO_BE_REPLACED 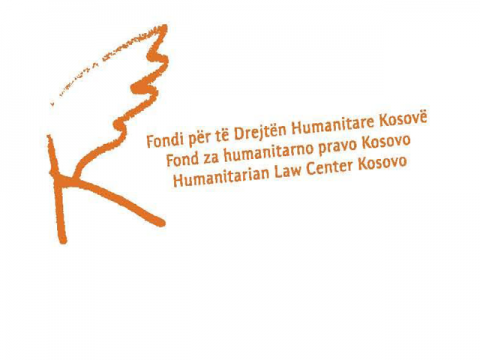 On December 25, 2017, the War Crimes Chamber of the Belgrade High Court delivered a judgment acquitting Marko Pauković and Dragan Bajić of charges for war crimes against a civilian population, owing to a lack of evidence. As members of the Military Police of the Sixth Brigade of the Republika Srpska Army, Bajić and Pauković were accused of murdering Hasan Rahić (aged 60), Minka Jusić (aged 70) Munira Hotić (aged 54), Đemila Behar (aged 54) and the then minor Safeta Behar (aged 12), in the town of Kamičak (Ključ municipality, Bosnia and Herzegovina), on October 10, 1992. The Humanitarian Law Center (HLC) notes that this is only the third verdict for war crimes cases that has been brought in Serbia in 2017; like the previous two, it is acquitting. In March, the Court of Appeal acquitted Goran Šinik of the murder of civilians in Gradiška (BiH) in 1992; and in April, Neđeljko Sovilj and Rajko Vekić were acquitted of the murder of civilians in the municipality of Bosanski Petrovac (BiH) in December 1992. END_OF_DOCUMENT_TOKEN_TO_BE_REPLACED

The Initial report on the implementation of the National Strategy for the Prosecution of War Crimes, and the results of the opinion polls on „Awareness of the citizens of Serbia about the wars of the 90s, war crimes and war crimes trials“, were presented on Monday, December 18 2017, at a conference organized by the Humanitarian Law Center (HLC) and the daily newspaper ‘Danas’.

END_OF_DOCUMENT_TOKEN_TO_BE_REPLACED

On Tuesday, November 28, 2017, the Humanitarian Law Center (HLC) filed a constitutional complaint on behalf of the victims in the Trnje Case for violation of their right to a trial within a reasonable time. This case is being processed before the War Crimes Department of the High Court in Belgrade. The trial in this case was from the beginning obstructed by the accused, who continued with impunity, and during the four years since the indictment was issued, only nine trial days have been held. The HLC considers this case to be a paradigm of war crimes trials in Serbia: all accused persons defend themselves undetained; hearings are scheduled with monthly intervals; a strategy of the defense has for its aim the constant delay of hearings, which is being tolerated; and the few victims who monitor trials believing that they may see justice, are being ignored and humiliated. END_OF_DOCUMENT_TOKEN_TO_BE_REPLACED