The Fate of the Persons Missing in the 1990s Wars in the Balkans: Obstruction instead of civilisational prospects and a humanitarian dimension

The Coalition for RECOM has called on the governments of the post-Yugoslav countries to launch a joint push to resolve the fates of the 10,167 persons who went missing during the wars in the territories of Croatia, Bosnia and Herzegovina, and Kosovo. A precondition for this is that the government commissions cease acting as the harbingers of the interests of the political parties in power and treat all victims with equal importance, recognising that it is in the interest of the families and the general public that the fates of the missing persons be uncovered. The fact that in 2019 the mortal remains of only 85 persons have been identified (60 persons missing during the war in BH, and 25 persons missing in Croatia), indicates a collaboration in the obstruction of the process of resolving this difficult heritage from the shared past. It is of considerable concern that it has become a common practice that exhumation of known mass graves is not being carried out. There are serious indications that certain state institutions, such as the Ministry of Defence of the Republic of Serbia and the wartime commanders, possess information on the locations of a large number of mass graves, but that this information is being kept a “state secret” and in private archives. END_OF_DOCUMENT_TOKEN_TO_BE_REPLACED 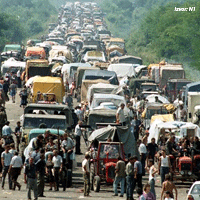 The Court of Appeals in Belgrade has handed down a judgment reducing the sentence for Ranka Tomić, who was convicted of a war crime against a prisoner of war, from five to three years in prison. The Humanitarian Law Center (HLC) considers that the reasons cited for this sentence reduction humiliate the family of the victim and defeat the purpose of war crimes trials conducted before domestic courts. END_OF_DOCUMENT_TOKEN_TO_BE_REPLACED 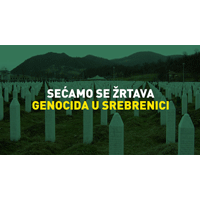 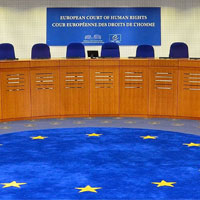 END_OF_DOCUMENT_TOKEN_TO_BE_REPLACED

The Higher Court in Belgrade on 16 April 2019 handed down a verdict in the case against Pavle Gavrilović and Rajko Kozlina, for a crime committed in the village of Trnje/Terrnje, Kosovo, on 25 March 1999. Pavle Gavrilović was acquitted,but Rajko Kozlina was found guilty and sentenced to 15 years’ imprisonment. The Humanitarian Law Center (HLC) considers that the Court has erred in their assessment of the evidence against Pavle Gavrilović and in finding him not guilty, and that the sentence passed on Kozlina is too light for the severity and consequences of the crime he committed.

END_OF_DOCUMENT_TOKEN_TO_BE_REPLACED

20 years in anticipation of justice and recognition

On Sunday, March 24, it was 20 years since the systematic campaign of ethnic cleansing and violence against Kosovo Albanians, carried out by the armed forces of the Serbian army and police during the NATO intervention in the Federal Republic of Yugoslavia (FRY), began. The Humanitarian Law Center (HLC) calls on the institutions of the Republic of Serbia to ensure justice for victims of crimes in Kosovo, prosecuting all those responsible, regardless of their position at the time of the commission of the crime, or within the current hierarchy of power. And it calls for public recollection of their suffering.

According to the HLC and the HLC Kosovo data, between March 20 and June 14 1999, Serbian forces killed 6,872 Albanians in Kosovo. The International Criminal Tribunal for the former Yugoslavia (ICTY) established that over 800,000 Albanian civilians were deported, that an unspecified number of people were subjected to torture and sexual abuse, and that a significant part of Kosovo Albanian property and religious buildings – were destroyed.

END_OF_DOCUMENT_TOKEN_TO_BE_REPLACED

Due to the frequent removal of the content from the official website of the Office of the War Crimes Prosecutor (OWCP), the Humanitarian Law Center (HLC) wishes to point out a tendency to put at risk the public’s right to know about the war crimes trials taking place in Serbia. Namely, over the past few weeks, the contents of the war crimes cases that have been processed or are still being prosecuted before the War Crimes Chamber of the Belgrade High Court have been removed from the official website of the OWCP.

During previous years, the website of the OWCP was a rare example of the well-designed and satisfactory page of a state body full of content, where the public was able to become acquainted with documentation of cases that had been prosecuted or whose prosecution was ongoing. However, instead of the different sections of this webpage being updated with new content in a timely manner, it is now no longer possible to find submissions of even elementary information regarding previous statistics, cases, indictments, closing arguments or complaints. By removing the stated content, the public’s right to be informed in a continuous and timely manner about the indictments, as well as about the phases of individual war crimes proceedings, has been endangered.

END_OF_DOCUMENT_TOKEN_TO_BE_REPLACED

In early March 2019, Zoran Tadić, whom the Croatian authorities suspect of having committed a crime in the Croatian village of Škabrnja in November 1991, fled from Australia, where he had been living since 1992, to Serbia. The Humanitarian Law Center (HLC) demands that the Office of War Crimes Prosecutor (OWCP) act on the criminal charges filed by the HLC in 2017 for the crime committed in Škabrnja, and conduct an efficient and effective investigation regarding Tadić’s involvement in this crime. END_OF_DOCUMENT_TOKEN_TO_BE_REPLACED