17 year commemoration of the abduction of Sjeverin Bosniaks

Seventeen years ago on October 22nd 1992 beside the Amphora café in Mioče (BiH), the war criminal and Hague indictee Milan Lukić together with other members of the Avengers stopped a bus carrying passengers, citizens of the Republic of Serbia, who were making the daily journey from Sjeverin to go to work in Priboj.

“I’ll try to describe my sense of it from the perspective of a child that is left without a father”, began Omer Hodžić, the son of one of the abducted, at the commemoration in Priboj on the 17th anniversary of the abduction of Bosniaks from Sjeverin. “That day when my father was kidnapped was my tenth birthday. Instead of a birthday present I saw the well-concealed grief of my mother who hid her tears. After 17 years the greatest pain is the fact that we do not have the mortal remains of our loved ones, and the state in which we live has done nothing to find them. We feel abandoned, alone”. 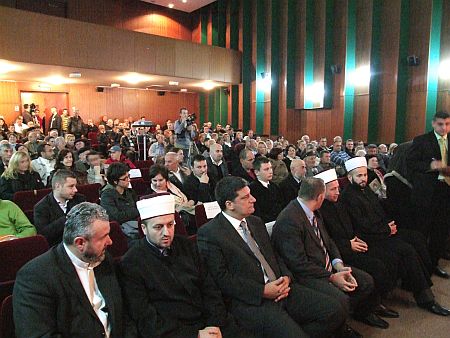 This year’s commemoration of the abduction and destruction of 16 citizens of Serbia, which perished on the territory of BiH, was organized by the Islamic Association of Serbia in the cultural center in Priboj. Those that gathered there watched a part of the documentary film the Abduction, by Ivan Markov and Jasna Janković. As well as Omer Hodžić, who spoke in the name of the families of the abducted citizens, those present were addressed by the imam of the Islamic association of Priboj, Enes Svraka, the deputy director of the Humanitarian Law Center (HLC), Sandra Orlović, and the imam of the Islamic association of Serbia, Muamer ef. Zukorlić. 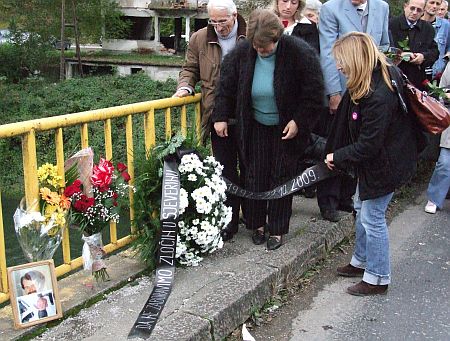 During the commemoration, the families of the abducted and representatives of non-governmental organizations laid flowers and wreaths on the bridge over the River Lim, where on that fateful day in October 1992, the bus carrying the abducted Bosniaks was stopped. 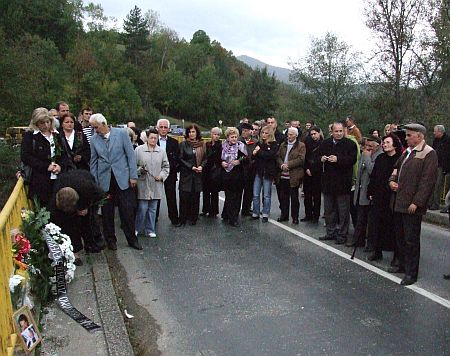 “This crime is one of the most well-known by the public in Serbia”, said Sandra Orlović. “And so it is incomprehensible how, after 17 years, no one is taking care of the families of the missing. The attitude of the Republic of Serbia towards them is the real measure of democracy and the rule of law in this country”.

Orlović told everyone present that the Humanitarian Law Center filed a compensation lawsuit on behalf of the families of the 16 Sjeverin Bosniaks who were abducted against the Republic of Serbia in June 2007. The lawsuit was rejected because the statute of limitation had expired. Further, according to the Law on the Rights of Civilian War Invalids, the families of the perished Bosniaks do not fall into the category of recipients of state assistance because their loved ones did not perish “from enemy action during wartime, leading war operations, from left war munitions or from enemy insurgency, i.e. terrorist actions.”

“It means that the state does not consider Lukić’s paramilitary unit to have been its enemy”, said Orlović. 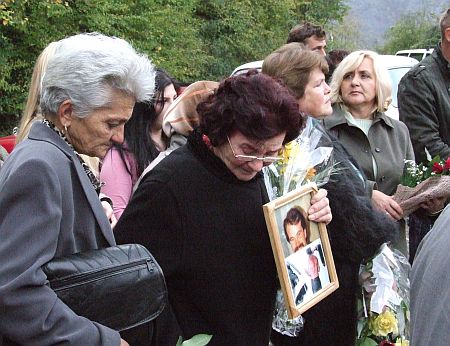 “While I was watching those terrible images in the documentary film Abduction I was unable to leave alone the question: What leads a human being to such a level of moral deviation that after what has been done he does not feel a shred of remorse?”, said  imam Muamer ef. Zukorlić, adding that commemorative gatherings would continue to have meaning so long as the mortal remains are not found, because the crime must not be forgotten.

The Imam of the Islamic association of Priboj, Enes Svraka, announced that this, like previous commemorations of the abduction, was an opportunity “to consider our personal attitudes towards the event and its consequences”, and that there are two key tasks before us: to bring the perpetrators to justice, and to find the mortal remains of the missing.

“Who are the criminals, and where are the bodies, are questions which we must constantly ask;